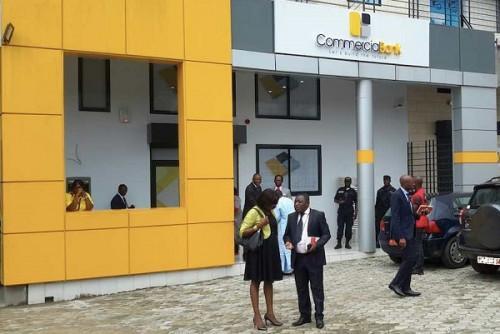 (Business in Cameroon) - Under a performance contract with the government since 2018, Commercial Bank-Cameroon (CBC) almost doubled its equity capital.

"From XAF12 billion of initial capital, we are now at XAF23 billion of equity capital," the bank reports. To achieve this, in 2018, it restructured its activities and overhauled procedures integrating risk monitoring and improvement tools.

With an equity capital of XAF23 billion in 2020, CBC has thus exceeded, by nearly XAF8 billion, the objectives set under the performance contract. Under the contract, the State required from this bank, which emerged from restructuring in 2016, the achievement of adjusted net equity of XAF15.529 billion in 2020. In 2017, the equity was XAF12.016 billion and CBC was required to achieve XAF12.937 billion in 2018 and XAF 14.097 billion in 2019.

In addition, a threefold objective was assigned to CBC. The first objective was "to establish a governance framework in line with best practices.” The second was to consolidate the bank's capital base in accordance with the prudential standards in force. The third goal the bank was assigned was to “prepare the opening of the bank's capital to credible investors, in accordance with the commitment of the State, the majority shareholder."

With an equity capital of XAF23 billion, the opening of CBC's capital is now possible.

Founded in 1997, CBC experienced prudential ratio and capital preservation problems in 2009. At the time, it was headed by billionaire Yves Michel Fotso, now imprisoned for embezzlement and complicity in embezzlement of public funds. CBC's interim administration has been extended six times.