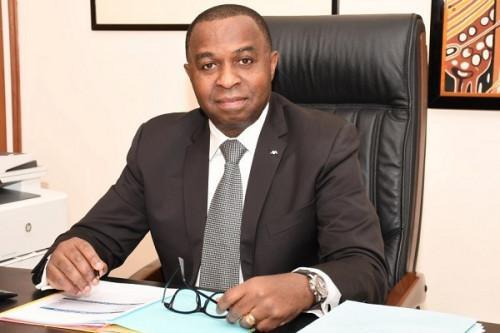 (Business in Cameroon) - Insurance companies in Cameroon prefer to turn to the government’s 6th bond issue, whose subscriptions end on May 25, 2022, rather than go to banks. According to the president of the Association of Insurance Companies of Cameroon (Asac), the enthusiasm of insurers is such that they are breaking term deposit contracts (DAT) in commercial banks, to subscribe to the bond issue.

Thierry Kepeden (pictured), MD of Axa Cameroon, reported that the 6.25% interest rate applied to the government bond is what motivated this strategy. “We break the term deposit contracts at 5% and 5.5% in banks because we want to have a little more (interest, ed). If the State does not take our subscriptions and we return to the banks for new DAT, they will not take them back at these same rates," he said on May 17, 2022, in Douala, during the roadshow phase.

Given the volume of the underwriting (CAF180.5 billion) already guaranteed to the State of Cameroon by the arrangers, the president of Asac is concerned that the remaining CFA19.5 billion out of the CFA200 billion sought by Cameroon will be quickly subscribed, and that the oversubscribed volume will not be cashed by the Treasury. If this happens, the strategy deployed by insurers will have been in vain.

"If I get more than CFA200 billion, I'll take," reassured Louis Paul Motazé, the minister of finance. Samuel Tela, Director of Treasury at the Ministry of Finance, also reassured that in case of oversubscription, the offers of individuals and that of institutional investors such as insurance companies will be prioritized. It is only after these offers that the underwriting will be taken into account, in proportion to the remaining envelope.

Let’s recall that the roadshow for the bond issue started on May 16 in Libreville, the Gabonese capital, and is set to end on May 23 in Yaoundé.