Henri-Claude Oyima: “We will show the determination and commitment of the BGFIBank group (...) to make BGFIBank Cameroon the spearhead of the national economy” 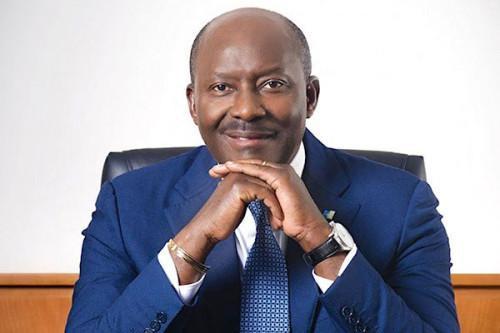 (Business in Cameroon) - Around a decade after starting operations in Cameroon, BGFIBank began, last month, building its social headquarters in the country. The 8-floor building will cost CFA10 billion and span about 2,572 m2. It is set to be completed before 2023. Besides this investment, the Central African leading banking group said it would increase its equity in the country. What motivates this commitment? Find the answer in this interview with BGFIBank’s CEO.

Business in Cameroon: On September 21, 2021, you laid the first stone of BGFIBank Cameroon’s headquarters, a project that costs CFA10 billion. How can this investment be understood, Knowing that you have been operating in the country for over 10yrs now?

Henri-Claude Oyima: Building a headquarters is based on ambition and a certain vision. First, it means we have confidence in the country, in economic actors, and above all in our commitment to establish sustainably. BGFIBank Cameroon is truly one of our success stories. Because after 10 years of existence, this bank is performing well and our objective in Cameroon is to be among the top two banks in the country, not only in terms of total assets but especially in terms of support for structuring financing, both private and public. This is why we had to send the market a strong message and there could have been no stronger message than building a headquarters. The new headquarters reaffirms that we believe in BGFIBank Cameroon, in the employees and the general management team of this bank, as well as in all the other stakeholders.

BC: Regarding investments, you also plan to increase the bank’s equity in Cameroon in the medium term. According to our information, in January 2021, you already increased it by 10 billion CFA francs and plan to add the same amount in 2023. What are your goals in this area by 2025?

HCO: We launched the bank’s activities with an equity of 10 billion, which is the regulatory minimum. Now, we have increased it to 20 billion. And you are well aware that the more equity a bank has, the more it can support economic actors.  Having already doubled our equity,  we indeed plan to add about 10 billion more in 2023, bringing it to 30 billion. With 30 billion of equity in 2023, and a big headquarters that will be inaugurated, I hope before that date, we will show the determination and commitment of the BGFIBank group and the Board of Directors to make BGFIBank Cameroon the spearhead of the national economy.

BC: As part of the new business plan called ‘Dynamique 2025’, launched in January 2021, you decided to make Cameroon your growth-driving unit in the CEMAC zone, alongside Gabon, which is your largest market (41% contribution to net banking income). Why Cameroon?

HCO: The group is currently present in 12 countries, organized into three regions.  The first region is Gabon, which is the main growth driver given its history and contribution to the group’s net banking income. The second region is Central Africa, where we have chosen two growth centers,  Cameroon inclusive.  The third region is West Africa, the Indian Ocean, and Europe. And there, the growth pole is Ivory Coast. You can see that we have chosen one or two growth centers in each region to drive the group’s overall growth and guarantee its competitiveness. Why Cameroon in the CEMAC? Because the Cameroonian economy is quite dynamic. There are well-established businesses that believe in the country and our pan-Africanist vision. That is to say that, today, more than ever, Africa can only develop with its resources. Moreover, Cameroon has a population, including a market. There is an important depth, and the rate of banking is still low (around 12%). Nowadays, banks have the capacities, ours, in particular, to support every key project that Cameroonian authorities launch to improve populations’ well-being. So, we want to support this move strongly.

BC: In Gabon where you already control more than 50% of the market, your growth margins reduced significantly. Isn’t that also one of the reasons you want to develop your activity in Cameroon?

HCO: Given its size and dynamism, Cameroon is the natural market for expansion in the CEMAC zone. The BGFIBank group cannot ignore such a market that is full of opportunities.

BC: The main goal of the “Dynamique 2025” project is to raise the group’s total assets from CFA3,500 billion in 2020 to CFA5,000 billion in 2025. What does this translate into in terms of net banking income, net profit, credit to the economy, deposits..?

HCO: Dynamique 2025 is an ambition, with objectives of performance and profitability. It has 5 pillars and 25 priorities. Dynamique 2025 is about expectations and obligations, and it integrates 4 business lines (corporate banking,  commercial banking, private banking and asset management,  and specialized financial services and insurance). I can confirm that the target is, indeed, to reach a total balance sheet of 5,000 billion by 2025, with a return on equity of at least 15%, a net operating ratio of no more than 55%, and a solvency ratio of at least 15%. These figures attest to the group’s determination to be more resilient.

BC: In what ways do you expect Cameroon to contribute to the achievement of Dynamique 2025’s goals?

HCO: As one of the group’s subsidiaries, BGFIBank Cameroon is bound to meet, as much as possible, the same criteria of performance and profitability. As such, we expect this subsidiary to be more flexible and committed in the way it serves its customers.  Finally,  as a  corporate citizen, BGFIBank Cameroon must collaborate more with all partners in materializing the group’s CSR strategy.

BC: Another objective you clearly stated earlier is to become one of the top two banks in the country. To this end, you count on acquisitions. Is there already any ongoing acquisition move in Cameroon?

HCO: Until recently, the group’s policy was focused on setting up our various branches. Now, after 50 years of existence, we believe that we can seize any opportunity that comes our way, including acquisitions if necessary. We are attentive to any opportunity that the Cameroonian market has to offer, as well as in other countries where the group operates.

BC: To date, you claim 300 billion of investments. What are your objectives for financing the economy over the next five years?

HCO: Over the next five years, as we said, our goal is to support structuring projects. We are interested in basic sectors such as water, electricity, telecommunications,  infrastructure and, in general, the processing of the raw materials. We are in a developing country with many opportunities.

BC: You often finance Société nationale de raffinage du Cameroun (Sonara). Since May 2019, this company has been on its knees and the government is looking for around CFA250 billion to bring it back on its feet. On what terms would you possibly support this revival?

HCO: We remain a strategic partner of Sonara, which is a vital tool for the Cameroonian economy. Obviously, as partners,  we remain attentive to any request that we will examine with all the usual benevolence.

BC: Commercial Bank Centrafrique (CBCA) was acquired by the BGFIBank Group in September 2021. How much did you spend on this acquisition and what is your stake?

BC: You are now present in five Cemac countries. Only Chad is missing. Do you have any plans to go there?

As I said earlier, we are always on the lookout for opportunities that may arise.