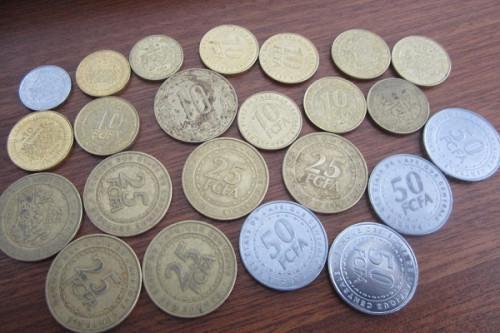 (Business in Cameroon) - This year, an important volume of changes has been injected in the economic circuit of CEMAC countries to stem shortage. This was announced by Abbas Mahamat Tolli, Governor of the central bank BEAC, on December 18, 2019, at the end of this year’s last meeting of the said bank’s Monetary Policy Committee (MPC), in Douala.

According to the governor, after it supplied its main agencies, the central bank is currently working to send those changes to remote agencies.

In addition, to boost the circulation of the coins and cover the whole CEMAC as fast as possible, commercial banks that want to refinance themselves at the BEAC are required to collect a volume of the changes, Abbas Mahamat Tolli added.

Even though the volume of the changes injected has not been revealed yet, Abbas Mahamat Tolli assured that the quantity largely corresponds to the needs.

Let’s note that the shortage of loose change in the CEMAC zone followed the creation of networks that exported the coins to Asian countries. In that regard, on December 18, 2019, the governor praised the court decisions, taken by some countries against those exporters, as well as the measures taken by some CEMAC countries to ban the exportation of loose change.