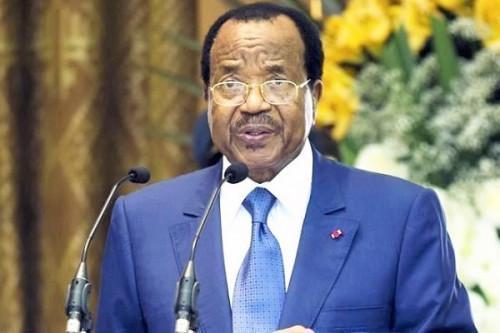 (Business in Cameroon) - On October 19, 2020, the Cameroonian Head of State, Paul Biya, ordered the suspension of the reform aimed at collecting customs duties on uncleared mobile phones and tablets by deducing the users’ airtime. According to the operators that should be involved in the collection, the suspension saves them important expenditures since they would have lost about 20% of their turnover yearly if the reform had been implemented.

They justify this claim in a memorandum they sent to the government. "The operationalization of the system would cause considerable revenue losses for our companies. Indeed, the customs duty collection system would have forced operators to share that portion of the users’ budget dedicated to the purchase of airtime with customs (…) Currently, 80% of cell phone users in Cameroon spend less than XAF1,000 monthly on airtime. Most of them are low-income citizens and will hardly be able to compensate those deductions from other budgeted streams (rent, transport, health, food, clothing, school fees, etc.) and maintain their talk time,”  they wrote.

However, none of the explanations and technical arguments provided by operators (forming the association AOTMC-Association des opérateurs de téléphonie mobile du Cameroun) to justify the 20% yearly revenue loss (in case the reform is implemented) could withstand criticism.

According to a mobile phone user, this claim of revenue loss made by operators is debatable because most of the phone users who are less inclined to buying airtime (because of their low purchasing power) will probably be less inclined to buy new phones as well. Therefore, low-income Cameroonians will likely not be the ones affected by the reform.

The operators also claimed that to implement the reform, they would have to make additional investments to migrate the information systems and upgrade the skills of the human resources, notably those in charge of customer relations, invoice accounting, and communication.

Therefore, they indicate, the government would have to compensate them for these investments they did not plan for in their budget. "The State has not thought about supporting these colossal expenses, which are not foreseen in our companies’ investment plans. However, we think it would be wise for the State to agree with the operators on the conditions under which they will be able to amortize these additional investments, which are not included in the responsibilities defined in their contract documents,” the memorandum reads.

Let’s note that after years of improvement, the Cameroonian mobile sector has been declining for the past four (4) years. At the end of 2019, an authorized source revealed that over the 2016-2019 period, the three active operators in the country (MTN, Orange, and Nexttel) lost 4% of their turnover. The same source added that in 2018, the revenue losses were estimated at XAF96 billion.

According to operators, the revenue losses were exacerbated by the socio-political crisis in the English-speaking regions but they were also due to the increase in production costs, penalties imposed by the Telecommunications Regulatory Agency (ART), and a “vicious” fiscal pressure.

"Overall, our industry contributes up to 10% to Cameroon’s tax revenues. However, it is now tired and weakened by the drop in clients’ purchasing power and the security crisis the country is going through. It will hardly be able to recover from the additional shock presented by the revenue losses caused by the implementation of the digital customs duties collection system,” the operators asserted in the memorandum.