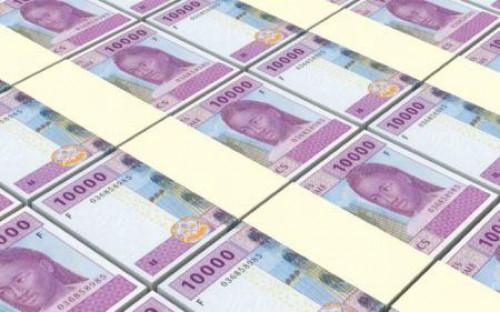 (Business in Cameroon) - The CFA Franc reform being demanded since 2019 concerns the current mechanisms for monetary cooperation with France.

Last November 17-18, a symposium was held in Libreville, Gabon, on the theme "Currency and Development in Central Africa." During the symposium, university professors, economists, and other civil society actors from the CEMAC zone mostly supported deep reforms of the CFA Franc.

"I think this work clearly shows that the monetary cooperation with France needs to be reformed. But, as far as the types of reforms needed are concerned, opinions are divided. Some will for instance be contented with a change of the currency name, given its symbolic meaning. However, the vast majority believe deep reforms are needed, not just a name change,” explained Professor Alain Kenmogne Simo, associate professor of law.

Parity with the Euro

An example of the deep reforms called for is a change in the exchange rate policy, notably the abandonment of the fixed parity with the Euro for a floating or intermediate exchange rate regime.

"Between the floating exchange rate and the fixed exchange rate, there is a range of intermediate exchange rate policies. We are moving towards an intermediate policy and not on the euro-pegging scheme. We think the pegged scheme is outdated because we have new ambitions and a new development strategy since the international environment has also changed,”  said Professor Gabriel Zomo, a professor at Omar Bongo University in Libreville.

For the economist, at the time the CFA Franc was adopted, France was the major trade partner of CEMAC countries (Cameroon, Central African Republic, Congo, Gabon, Equatorial Guinea, and Chad). Nowadays, however, the list has changed with the CEMAC region’s trade with countries like China and other Asian countries growing significantly in recent years, as Nouveau Gabon reports.

In context, "limiting our reserves to a single currency prevents us from being as flexible as we could have been if we were to diversify the reserves. Reserves should normally be built per our trades with partners. As China, Brazil and Turkey are positioned as the major partners, why build our reserves only in Euro?’ asked Dieudonné Mignamissi, associate professor of economics.

The participants at the symposium believed that reforming the CFA Franc would not be enough to boost the development of the CEMAC region.

"…whatever the name or the monetary reform implemented, if they are not backed by public action and economic reforms, it would not help us achieve the development we all wish for. So, another set of reform is needed alongside the monetary reform,” said Professor Alain Kenmogne Simo. Geoffroy Foumboula Libeka, a member of Copil Citoyen, a Gabonese civil society, added that "the most important thing is not to change the currency.”

“As long as there is no discipline in budget management or there are no sanctions punishing misappropriation of public funds, we can change as many currencies as we want, we can give any name we wish to those currencies but nothing will change. Good governance is the priority,” he said.

The CFA Franc is a currency created in 1945 back in the colonial era. Literally, in French, it means “Francophone African colonies’ currency.” It is the base of monetary cooperation with France. The name evolved in 1972, after independence, to become “Franc [currency] for financial cooperation in Central Africa.”

Since 2019, CEMAC Heads of State have been on the move to change the main mechanisms governing monetary cooperation with France. The mechanisms are namely the guarantee of unlimited convertibility of the currency issued by the BEAC, the fixity of the exchange rate, unrestricted transfer between BEAC member countries and France, and the centralization of reserves in an Operations Account opened at the French Treasury.