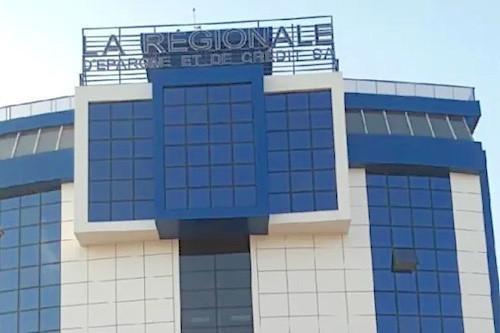 (Business in Cameroon) - On July 21, 2021, five days after its first trading day on the equities segment of the Central African Stock exchange BVMAC, the “La Régionale” shares were still trading at XAF42,000. This price is the same quoted for its first trading day on July 16, 2021. Indeed, on July 16, 2021, 20  “La Régionale” shares were transacted on the segment at an overall amount of XAF840,000, marking the trading debut of that share on the BVMAC.

“The launch of trading transactions involving the shares issued by La Régionale marks the entrance of the first financial company into the BVMAC. It also increases the number of listed companies to five and boosts the capitalization of our stock market,” indicated Jean-Claude Ngbwa, Managing Director of the BVMAC, during the listing of  “La Régionale” shares on the market. Indeed, with the listing of la Régionale, the BVMAC market capitalization is now XAF909 billion, representing close to 1.8% of the CEMAC region’s GDP.

This listing follows an IPO organized by La Régionale to increase its capital and become a Universal bank. The financial institution created, in 1993, by Reverend Charles Rollin Ombang Ekath, raised XAF2.58 billion out of the XAF8.23 billion it was sourcing. Most of those funds were contributed by Cameroonian investors. Despite this slight setback, the institution announced that it will continue on its universal banking plan. It also announced that in late July 2021, it would submit its documents to competent monetary authorities.