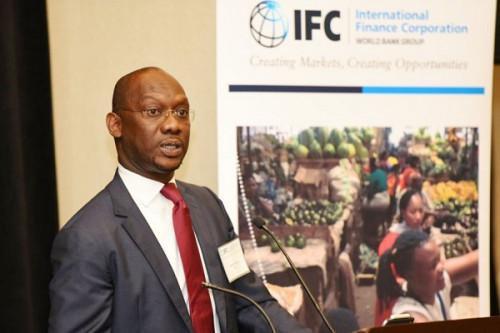 (Business in Cameroon) - Ivorian Sylvain Kakou (photo) is the International Financial Corporation’s (IFC) new regional manager for the Central African region. He replaces his compatriot Mehita Fanny Sylla who has been appointed in the institution’s office in Eastern Europe.

Sylvain Kakou has a good knowledge of tropical countries and investment financing. He started his career working for the Ivorian public administration, notably as head of business development at the National Bureau of Technical Studies & Development Infrastructure, Economic & Financial Studies. After that, he assumed senior positions at Citigroup and HSBC.

In 2006, he joined the IFC as a senior investment officer at the South African bureau. In 2010, he assumed the position of IFC’s country head in Zambia and Malawi before spending five (5) years as a resident representative in Haiti.

Let’s note that although the Central African sub-region is not in an economic and political mess, governance is deemed to be complex. In the CEMAC region, IFC has projects in the agricultural, industrial, and service value chains. Sylvain Kakou will therefore have to continue the institution’s works in the energy, agriculture, and industry sectors.

Two years ago, the institution launched a process aimed at dynamizing the capital and financial markets in the CEMAC region. It is also one of the first institutions to issue bonds on the then Douala Stock Exchange in Cameroon. Also, it laid the foundation for the efficient development of the sub-regional stock exchange.