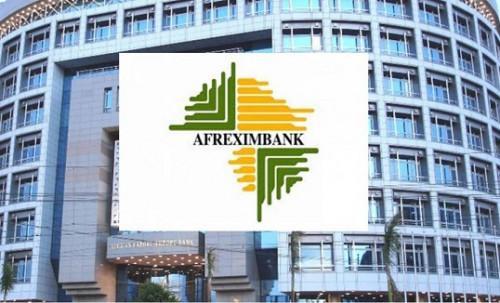 (Business in Cameroon) - On September 22, 2021, the African Export-Import Bank (Afreximbank) opened the doors of its new Yaounde office to the media as a prelude to the official inauguration coming up on September 24.

The office, which will serve the Central Africa region, is temporarily located at the headquarters of the national social security fund CNPS. "The new office covers Cameroon, the Central African Republic, Chad, Congo, the Democratic Republic of Congo, Equatorial Guinea, and Gabon. The creation of an Afreximbank regional office for Central Africa is in line with the Bank's growing geographical coverage. The new office brings to five the number of Afreximbank regional offices across Africa," the Bank indicates.

The headquarters agreement of this new office was signed in Yaounde, on December 13, 2019, by Lejeune Mbella, Cameroonian Minister of External Relations, and Okey Oramah, CEO of Afreximbank.

In the medium term, the Central Africa Regional Office is expected to strengthen the financial services sector by improving and expanding the region's access to affordable and competitive financing and advisory services for a range of local banks, exporters, importers, and domestic investors.

" Afreximbank intends to open over $500 million of consumer and refinancing lines to banks over the next five years. With the new office, we plan to quintuple the bank's interventions in the Central African sub-region to $5 billion [XAF2,799.8 billion] in the next three years. The bank will increase the number of institutions that will benefit from credit facilities in the region. Currently, four banks have benefited from our credit facilities. We plan to increase it to 15 banks in the next two years," said René Awambeng, head of client relations for Afreximbank.

The new office’s permanent headquarters will be located in Etoudi, on a 5,000 m2 site. The dimensions of the building have not been disclosed yet but information has it that it will include a world-class hotel, a business information center, a conference center, and a trade center.