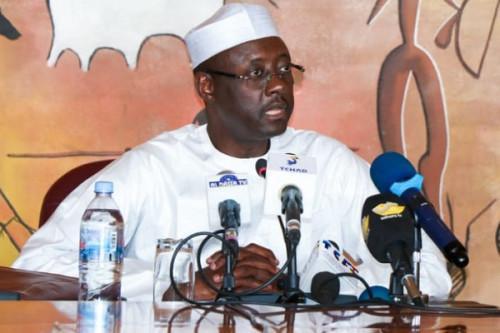 (Business in Cameroon) - The governor of the Bank of Central African States (Beac) still has a negative view of cryptocurrencies despite their popularity in the community. During a press conference following the first extraordinary session of the Beac Monetary Policy Committee of 2022, held on November 18, 2022, in Ndjamena, the Chadian capital, the governor strongly advised people against investing in cryptocurrencies.

"Beac's way is to advise citizens against investing in these speculative assets because they are very risky. The Bitcoin, for example, has lost more than 70% of its value since the beginning of 2022," said Abbas Mahamat Tolli (pictured). He recalled that cryptocurrencies are not officially recognized in the Cemac and thus reiterated Beac’s opposition to the adoption of cryptos in the Central African Republic. “I want to make clear that for all countries in the Cemac zone, the only currency is the CFA franc," he said.

The Governor made these comments a few weeks after the new regulation governing the common Cemac financial market was issued. The document uses the terms “digital assets” and “digital tokens” and defines a token as “any intangible (i.e. immaterial, ed) asset representing, in digital form, one or more rights issued, registered, retained or transferred through a shared electronic recording device allowing the owner of the said asset to be identified, directly or indirectly”. This definition is in Article 76 of the regulation, which was adopted on July 21, 2022, by the Ministerial Committee of the Central African Monetary Union (Umac) and made public on September 14. According to financial market players associated with the drafting of this text, this concept includes cryptocurrencies, but also video games, photographs, and software.