Cameroon officially takes over 54% stake in Union Bank of Cameroon 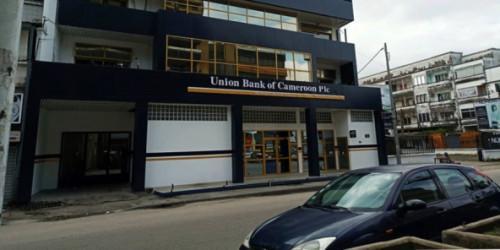 (Business in Cameroon) - On November 23, 2021, the Union Bank of Cameroon (UBC) issued a release announcing the finalization of a stake acquisition process started by the Cameroonian government earlier this year.

"An extraordinary General Shareholders’ Meeting was held on Monday, November 22, 2021, in Douala. The agenda was focused mainly on updating the restructuring plan enacted with the ratification of the exit of Ecobank Transnational Incorporated (ETI) and the entry of the State of Cameroon into 54% shareholding," the release reads.

Indeed, towards preventing the liquidation of UBC and NFC Bank, (two private Cameroonian banks facing difficulties since 2009), the State of Cameroon decided to contribute to their restructuring plans through recapitalization. COBAC, the regional banking watchdog, allowed Cameroon up to February 28, 2021, to find a solution to the two banks’ problems to avoid the liquidation threats.

Some ten days before the end of that deadline, the government, through State Minister Ferdinand Ngoh Ngoh revealed its intent to recapitalize the two ailing banks.

In a letter dated February 18, 2021, Ferdinand Ngoh Ngoh, informed  Magloire Seraphin Fouda, Secretary-general at the Prime Minister’s Office, about the decision to recapitalize the two banks to the tune of XAF47 billion.

"I have the honour to inform that the President of the Republic has authorized the state to bear the costs of the restructuration of National Financial Credit (NFC Bank) and Union Bank of Cameroon (UBC). The costs should not exceed XAF29.1 billion for NFC Bank and XAF17.8 billion for UBC," Ferdinand Ngoh Ngoh wrote.

For authorized sources, by buying back the assets and liabilities of UBC, the country intends to apply the same solution used for the Commercial Bank of Cameroon (CBC), the bank founded in 1997 by late business mogul Victor Fotso.

Indeed, after a rather successful restructuring program, plans are underway to transfer majority shares to private investors again. After years of tumultuous provisional administration, the government took control of the bank by acquiring 98% of its stakes (in 2014).

While the CBC recovery plan took about seven years (from 2014 to date), the UBC restructuring plan is expected to be completed within five years.  According to credible sources, the government intends to restore the soundness of UBC and privatize it again within that period.

This comparatively short restructuring period (compared to the time it took to launch privatization plans for CBC) can be explained by the soundness of UBC at the time the state joined its shareholding.

Indeed, despite the impacts of the coronavirus pandemic in 2020, on March 9, 2021, the bank’s board of directors issued a statement informing that UBC’s 2020 accounts confirm overall growth in operations.

For instance, we earn, the bank’s turnover grew by 9% compared to the 2019 operation year. At the same time, deposits rose by a "record" 18% compared to 2019 while the net profits generated was XAF1.5 billion.

For Njong Eric Njong, Chairman of the UBC Board of Directors, 2020 was the fourth consecutive positive year for the bank.

UBC owes those performances to various management measures and market share recovery measures implemented over the past few years by its former majority shareholder, Ecobank Transnational Incorporated. This pan-African group took control of UBC in 2010 by acquiring shares of a Nigerian group formerly known as Oceanic Bank.  At first, Ecobank tried to get rid of UBC’s shares but its bids prove unsuccessful so, it initiated a series of measures to make UBC attractive.