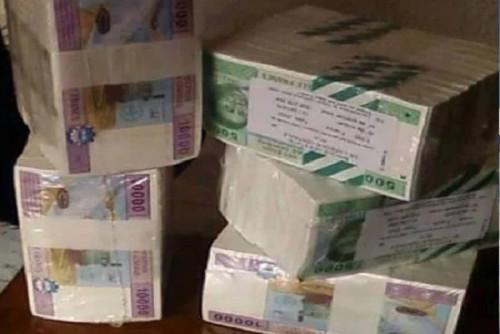 (Business in Cameroon) - During the extraordinary meeting, on November 21-22, 2019, the Heads of CEMAC member countries expressed a common desire to defend the stability of their currency (XAF). At the same time, they indicated their will to see the current monetary cooperation agreements with the European Union and France evolve. The CEMAC Commission and the central bank BEAC were tasked with “proposing, within a reasonable time frame, an appropriate plan leading to the evolution of the common currency.”

To maintain domestic and external stability, the Beac has pursued a restrictive monetary policy over the past three years. Its actions are aimed at maintaining the parity rate between the CFA franc and its reference currency (the euro). According to the monetary agreements with France, this monetary stability requires that the region’s foreign reserves always represent at least 20% of CEMAC's imports.

In December 2016, when CEMAC presidents met in Yaoundé, these reserves were just over 50% of imports needs, raising public concern about the risk of currency devaluation. According to a report published in November 2019, by the BEAC, the region’s foreign reserves at end July 2019 reached CFAF XAF4272.7 billion (66.21% of import requirements), an improvement by a little over XAF1,000 billion compared with the level it was a year ago.

External position stabilized but challenges remain to be addressed

To achieve this result, the Central Bank has taken many measures. The most important, and the most challenging to implement, is the new foreign exchange regulation. Under this regulation, all foreign currencies generated from exports by CEMAC countries, including products of the oil and mining sectors, which are the leading products exported by the sub-region, must be repatriated to strengthen foreign exchange reserves.

During an interview with Ecofin Agency, Gabonese Finance Minister Roger Owono Mba, acknowledged this problem. He finds it legitimate to repatriate all the currencies resulting from the exports of resources but he also points out that discussions with mining and oil operators have raised the concern that the Central Bank should upgrade to the standards for fund transfers. A requirement that has not yet been met because this implies going through international clearing entities, whose access is more demanding than the traditional SWIFT system (normal transfer mode).

In sectors other than oil and mining, the implementation of this exchange rate policy has not been easy. The private sector, in Cameroon particularly, put strong pressure on the market, making the black market for currency exchange seize the opportunity. This change has highlighted many problems. These include the alignment of commercial banks, human resources within the Central Bank and its branches and even the adaptation of economic operators to the new procedures. However, the implementation of a permanent consultation and communication strategy has helped stabilize the situation.

So far, the BEAC has been unable to overcome some problems. CEMAC member countries have agreed to make oil and mining agreements available so that the BEAC can ensure the revenues declared in these sectors are in line with the signed contracts. However, according to our sources at the BEAC, no contracts have been sent yet. The other challenge is that many non-bank economic actors have not repatriated their foreign currencies yet.

At the end of June 2019, the assets of CEMAC residents held in foreign banks still amounted to $5.2 billion (XAF3,153 billion). The central bank indicated in its discussions with the International Monetary Fund (IMF) that it had no details on the nature of these assets but data collected by Ecofin Agency on the Bank for International Settlements' platform indicate that nearly $1.5 billion of these assets are held by CEMAC households while nearly $2 billion are owned by businesses.

As far as domestic stability is concerned, Beac's main focus is on reducing excess liquidity in the banking sector and the monetary system. It has reduced cash advances to States, added new constraints to the refinancing of commitments made by banks and undertaken the gradual reduction of cash injections into the sub-region banking sector. It also announced an operation to reduce excessive liquidity for early 2020.

However, these actions, suggested by the IMF, do not consider the fact on ground. They are based on the assumption that too much liquidity in banks could become a risk for currency hedging if large volumes of transfer requests are made. Within the BEAC itself, experts have often considered that too much liquidity represents a risk on foreign exchange reserves and that this should guide the pace at which money is cut.

However, in a context of economic diversification, States and investors in the subregion need cash to launch projects. Some analysts believe that pressure on the quantity of currency in circulation is a problem for the financing of the subregion's development. It would not take the economy’s actual credit need into account, but rather the willingness to solve a problem that has never arisen, namely the pressure on foreign reserves as a result of monetary creation.

At the Central Bank, there is also discomfort in pursuing this type of domestic currency stabilization policy. Challenges include the fact that excess liquidity concerns only a few banks, owned by foreign groups, with restrictive lending policies. Another problem is that if the Central Bank stops its liquidity injections, banks, whose failure would be a major problem for the sub-region’s financial system, would find themselves in difficulty while their balance sheets and governance are quite good.

What are the prospects for monetary cooperation with France?

In his closing speech, Cameroonian President Paul Biya recalled the need for flexibility. “As for our monetary policy, it has so far helped ensure financial stability in our sub-region. However, there is the need to remain flexible for any reform proposal aimed at consolidating its action and ensuring the best conditions for an effective contribution of monetary policy to the development of the sub-region,” he said.

A new development may lie in the stated desire to review monetary cooperation with France and the European Union. The definition of the scope and content of this evolution has been entrusted to the CEMAC Commission and the BEAC but already, we have felt a difference in approach among the Heads of State. While Teodoro Obiang Nguema of Equatorial Guinea sees this as an opportunity to be free from the long-standing monetary partner (France), Denis Sassou Nguesso of Congo believes that they must take more responsibility.

There are plenty of avenues for reflection. One of them is defended by the Cameroonian statistician Dieudonné Essomba. The latter, who was already predicting this crisis situation in the CEMAC region, had suggested creating, alongside the FCFA (which is the African version of the euro), a parallel monetary mechanism called the dual currency system. This would unlock the potential of productive sectors boosted by the dual requirement for external and internal stability of the currency.

Nigeria’s experience can also be inspiring. There, the Central Bank did not limit itself to setting up monetary policy mechanisms. It reduced banks' access to foreign currencies for the financing of basic needs. The other foreign exchange needs are met by the money market (Nafex). In addition, it prohibited commercial banks from investing in treasury bills and bonds. The objective is to reduce excess liquidity in the monetary system while ensuring that productive sectors are financed, to support diversification.