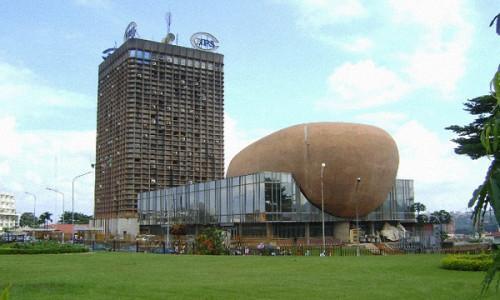 (Business in Cameroon) - On March 19, 2021, the 2020 management report of Cameroon’s National Social Insurance Fund (CNPS) was validated by the board of directors. The report reveals a XAF72.3 billion net profit during the period, down by XAF1.5 billion compared with the XAF73.80 billion recorded in 2019, internal sources reveal.

Nevertheless, in 2020, the rise in CNPS’s net income could be considered a great achievement because of the coronavirus pandemic, which forced the government to initiate measures to support households and businesses. Indeed, many of the 19 measures enacted by the Cameroonian Prime Minister on April 30, 2020, were expected to impact the CNPS cash flow.

"If we were to estimate the financial cost of all those measures, we will say that the increase in pensions costs XAF12 billion while for family allowances, it is XAF5 billion. As for the deferred social security contributions, they are estimated to be about XAF15 billion," said Alain Noël Olivier Mekulu Mvondo, CNPS director-general.

Despite this increase in expenses (increase in benefits and pensions, payment of benefits to employees of insolvent companies ...) while revenues were dropping (deferment of the payment of contribution arrears, the extension of payment deadlines ...), CNPS paid its social benefits, which were higher than the amounts it paid in 2019.

The CNPS’s performance confirms the ranking elaborated by the Technical Commission for the Rehabilitation of Public and Para public Enterprises (CTR) in its 2019 report on Cameroonian public enterprises’ performance. Indeed, out of 50 state companies (excluding the National Hydrocarbons Corporation) whose performance was analyzed, the CNPS is the first of the nine companies the CTR claimed had potential (meaning they generated dividends and profits in the 2019 fiscal year).

Let’s note that despite its financial health, CNPS is considered (by the CTR) as one of the public corporations that present budgetary risks for the government since their debts are high. For instance, the technical commission indicates, at end-2019, the pension fund’s debt was estimated to be over XAF250 billion.

As a reminder, in Cameroon, public corporations generally perform poorly, according to a report published by the International Monetary Fund (IMF). First, they do not generate dividends and require subsidies (estimated at 1% of the country’s GDP, according to the Ministry of Finance). Also, many of them have abysmal debts (ed. note: in 2017, the debt of 37 state-owned companies was XAF2,624.4 billion) which constitute a real budgetary risk for the state Treasury, according to various official analyses.