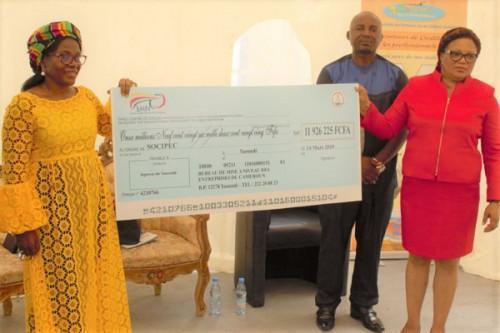 (Business in Cameroon) - Today May 26, in Douala, the Enterprises Upgrading Office of Cameroon (BMN) has signed a partnership agreement with investment fund I&P (Investisseurs & Partenaires). Thanks to the agreement, companies supported by the BMN can request financing from the I&P for their upgrading plan.

According to Chantal Elombat Mbedey, director of the BMN, the agreement was called for because during the implementation of the national enterprises upgrading office (PNMAN), it became clear that companies were usually unable to obtain the funds required to implement the upgrading plan developed for them by the BMN.

With the agreement signed today, I&P joins the list of at least three financial partners already wooed by the BMN. They are notably Crédit du Sahel (leader of the microfinance sector in the northern regions), African Leasing Company (ALC) which was recently absorbed by its parent company Afriland First Bank , and African Fund of Guarantee and Economic Cooperation (Fagace).

Since its creation in 2011, the BMN has been building partnerships with banks and financial institutions. The partnerships are aimed at facilitating easy and privileged access to credits and financing under BMN’s umbrella.

To date, close to 800 companies have willingly joined the upgrading program implemented by the BMN. After a review per eligibility criteria, a hundred upgrading plans were validated by the BMN steering committee. Over XAF1 billion worth of investment bonuses have already been granted by the government to companies through the programs steered by the BMN.