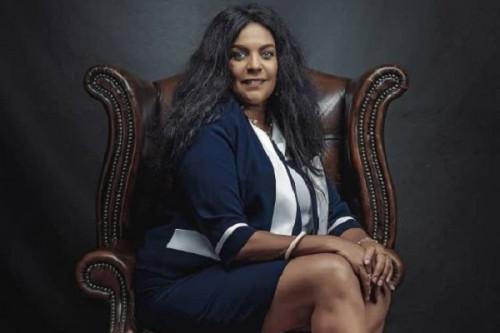 (Business in Cameroon) - Global Investment Trading, popularly known as Liyeplimal, was recently accused of funds misappropriation and fraud before the Special Criminal Court, Cameroon’s institution habilitated to rule on crimes and fund misappropriation cases involving amounts exceeding XAF50 million. Indeed the first page of a denunciation letter has recently been leaked on social media. Purposely, that letter was sent by Barrister Dominique Fousse (photo), through her law firm Fousse, to the TCS calling for legal proceedings against Liyeplimal and its promoter Émile Parfait Simb.

“In my capacity as a barrister regularly designated for cases related to the cryptocurrency practices of Global Investment Trading (GIT SA) that has sir Simb Emile Parfait as its legal representative, it came to my attention that the said firm uses that virtual currency prohibited in Central Africa to massively defraud citizens and misappropriate public funds,”  the first page of the denunciation letter reads.

Contacted by Business in Cameroon, Barrister Dominique Fousse first informed that no part of the said letter is confidential and no part of it was supposed to be leaked on social media. Then, without going into further details, she indicated that the second page of the letter was the most important one detailing the fund misappropriation crimes perpetrated by Liyeplimal.

“Denunciation is one of the methods used to refer a matter to the special criminal court. [Once refered] The prosecutor will order an investigation if they estimate that the denunciation provided enough reason for that,”  she added.

According to the law firm Fousse, for years now, GIT SA has been raising funds from the public through illegal public offerings. In June 2021, the CEMAC financial watchdog COSUMAF brought similar accusations against Liyeplimal. Specifically, the watchdog accused GIT SA and several other firms of unlawfully collecting “funds from the public as equity participation, financial, real estate or rolling stock investments with the promise of returns amounting to 100 to 500% of the principals within unreasonable timescales.”

The financial watchdog explained that for any activity related to initial public offering or financial instrument marketing, the firm performing those activities must be approved by the COSUMAF and have a duly issued license. Liyeplimal never rejected the accusations. Instead, on social media, it regularly publishes figures supposedly demonstrating its sound financial situation. Recently, it even announced that it would launch an airline company while its henchmen accuse the COSUMAF of keeping to outdated regulations. The institution should update its rules to cater to the new financial instrument they say.