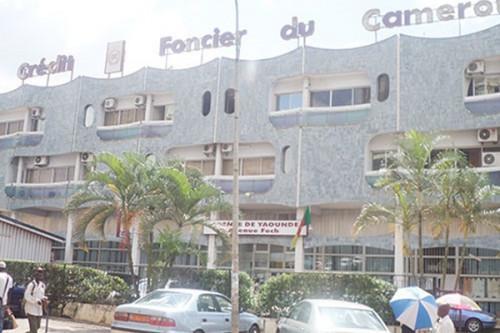 (Business in Cameroon) - Between 1977 (the year it was established) and  2018, state housing bank Crédit Foncier du Cameroun (CFC) has provided XAF420 billion in financial assistance to real estate projects in Cameroon. Thanks to these mortgage loans granted at subsidized rates, the beneficiaries have been able to build 85,000 homes and acquire 16,342 plots of land, the Technical Commission for the Rehabilitation of Public and Para public Sector Enterprises (CTR) reveals in its recently-published report on public companies’ 2019 performance.

According to the commission, these performances achieved over a 41-year period demonstrate that CTR’s market share in the real estate financing market is still relatively low.

However, Crédit Foncier du Cameroun is not the only state housing bank to have recorded such poor performance over the period. "In the WAEMU zone, Banque de l'Habitat du Mali (BHM) [Mali’s state housing bank] has been absorbed by Banque Malienne de Solidarité (BMS), which is not primarily focused on real estate financing. The state housing banks of Côte d'Ivoire, Burkina, and Benin have been sold or no longer exist( ed. note: privatized in 2017, Côte d'Ivoire’s housing bank was renationalized in 2019). Today, only Banque de l'Habitat du Sénégal (Senegal’s housing bank) is doing well," Modibo Cissé (former head of BHM who became president of the administrative board of Bank of Africa Mali) explained to Jeune Afrique in late 2019.

To make Crédit Foncier du Cameroun more efficient and effective, CTR suggests Cameroonian authorities should revise the housing bank’s economic model to boost its resources and broaden its scope of activity like other African countries did. That way, CFC would be able to massively finance housing projects and meet a significant portion of the needs, CTR comments.

Fact is, there is a very high housing need in Cameroon, particularly in the two main cities of Douala and Yaoundé. In these two cities, property owners have established stringent rental conditions, claiming such conditions were called for in lieu of tenants’ bad faith. Of such stringent conditions, is the requirement of tenants to pay up to a year’s rent in advance.

In this context, a revision of CFC's business model should not only boost access to secure land (which remains a real obstacle to real estate development in Cameroon) but also contribute to reducing the housing deficit estimated (by some experts) at about 1.3 million units.

Let’s note that this business model revision should take into account competition, which will soon intensify with the help of major financial partners like the IFC, a subsidiary of the World Bank dedicated to financing the private sector. Indeed, when he visited the country in July 2019, Sergio Pimenta, Vice President of the said institution, clearly showed his interest in Cameroon’s real estate sector.

"As for the housing deficit, IFC will bring companies that will build more housing and financial institutions that will establish mortgage plans to help people have access to those homes," he promised.