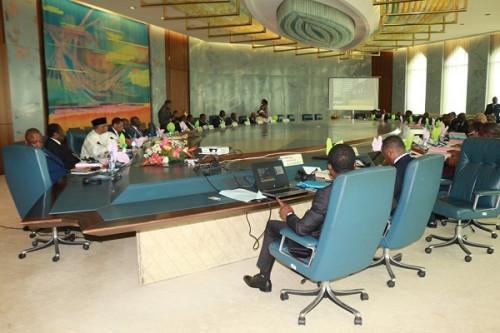 (Business in Cameroon) - The Bank of Central African States (Beac) announced this week it has raised two of its benchmark rates. The announcement was made public following the first session of the Monetary Policy Committee (MPC) in 2022.

Under this measure, the bank raised its Tender Interest Rate (TIAO), which represents the remuneration it receives for providing liquidity to commercial banks, from 3.5% to 4%, up 0.5 point. The Marginal Lending Rate was raised from 5.25% to 5.75%. This rate is the remuneration the central bank gets when it provides liquidity to commercial banks, for a period not exceeding 24 hours. It is usually the highest rate among central banks.

This new step is aimed at making liquidity more expensive for commercial banks thus increasing the cost of bank credit. As a result, access to credit will be restricted and money creation within the Cemac region will drop. Ultimately, Beac seeks through this measure to control inflation. For 2022, the bank sees inflation at 3.6%, compared to 1.6% a year earlier (+2.6% YoY). This is 0.6 points above the 3% threshold allowed in the CEMAC region. Beac also projects the money supply within the region to increase by 13.5% in 2022.

As a reminder, the CEMAC central bank adopted the opposite measure during the pandemic, encouraging banks to finance the region's economies. At that time, Beac suspended liquidity withdrawal operations and resumed weekly liquidity injection operations in banks, with an injection threshold at CFA500 billion per week in case of need.