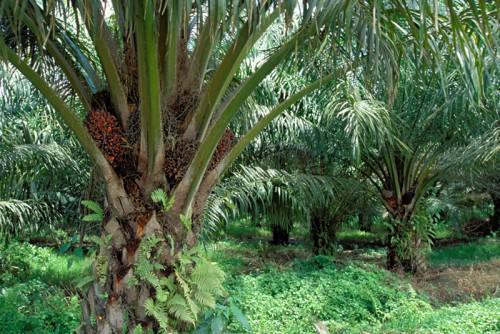 (Business in Cameroon) - During the Cameroon Business Forum (CBF), an exchange platform between Cameroonian private and public sectors, whose 8th edition took place on 13 March 2017 in Douala, the economic capital of the country, economic operators expressed a request which will probably not please strong opponents of land grabbing by agro-industrial companies. At the expense of village communities.

Indeed, through the President of the Chamber of Commerce, Industry, Mining and Arts (CCIMA) of Cameroon, Christophe Eken, the community of businessmen wished for the government to carry out a “land reform, to facilitate access to land ownership for investors, especially in the agro-industrial sector”, one can read in the official press release issued at the end of the 8th CBF. For economic operators, this reform is to be considered as a “priority”, if the government wants to “increase the competitiveness of the Cameroonian economy”.

This request comes in a context marked by civil society organisations blowing the whistle on the land grabbing operated by agro-industrial units, a practice which according to these NGOs, challenges the survival of neighboring communities. The latest denunciations to date came from Greenpeace and local NGOs against the company Sithe Global Sustainable Oils Cameroun (SGSOC), subsidiary of the American firm Herakles Farms, then owner of a land concession of 20,000 hectares dedicated to the cultivation of oil palm in the South-West region.

In September 2015, in a memorandum addressed to the public authorities, neighbouring communities living close to the farms of the limited company Hévéa du Cameroun (Hévécam) in the Lokoundjé and Kribi II arrondissements, both located in the Southern region of the country, openly accused this subsidiary of the Chinese group Sinochem International of grabbing farming lands, stepping beyond the limits of some of its land concessions. A situation which, according to them, deprives them of a livelihood generally provided by agricultural activities on the lands under dispute.

As a reminder, according to two studies published at the end of 2015 and carried out separately by LandMatrix, the global watchdog on large scale land acquisitions, and Deborah Brautigam, Director of China Africa Research Initiative at John Hopkins University in the USA; Cameroon is one of the top 10 African countries who have sold the most lands to Chinese agricultural investments.

Indeed, specifies the Thomas Reuters Foundation, with 10,120 hectares of lands sold to the Chinese company Shaanxi Land Reclamation General Corporation (operating under the name IKO), to farm maize and rice in the Central region of the country (Nanga Ebola and Ndjoré), “Cameroon, Ethiopia and Mozambique have some of the most important Chinese investments” in agriculture on the Dark Continent.

But at the continental level, we learned, Cameroon comes far behind Zimbabwe, who sold 100,000 hectares to the Chinese company CWE to farm maize. Or countries like Nigeria and Mozambique, who have sold 25,000 hectares each to Chinese agricultural investments; Mali and Ethiopia, each with 20,000 hectares sold.