At least 8 million Cameroonians live below the poverty line, with less than XAF931 per day (INS) 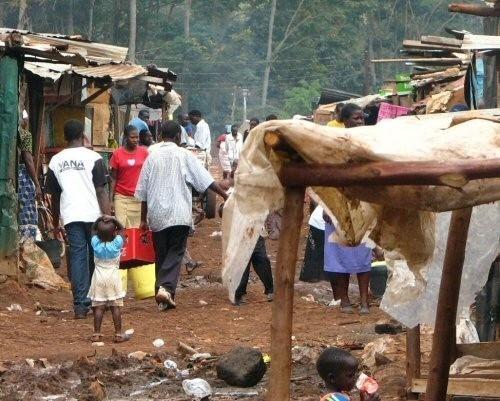 (Business in Cameroon) - The National Statistics Institute (INS) has just published the results of its fourth Cameroon Household Survey (ECAM 4), conducted in 2014. Results showed that out of an estimated Cameroonian population of 21,657,488 in 2014, 37.5% are poor.

As in 2007, poor people in Cameroon in 2014 were concentrated in rural areas, 90.4% of the total poor population. Regions with the majority of the poor are the Far North (35.8%), the North (20.1%) and the North West (13.2%). Most of them reside in households with more than 8 persons (48%) and in those with an out-of-school heads of family (46.9%). In addition, poor people come from households within which the heads are farmers, fishermen and herders or work in the informal agricultural sector.

According to the statement of the heads of poor households, their household's financial situation is precarious since slightly more than half believe that their household's financial situation allows them to achieve a fair balance (equality between expenditure and income) and almost all poor households believe they have an income that is either very unstable or almost stable. According to them, the three main causes of poverty are in decreasing order of importance: lack of employment, laziness and corruption or mismanagement.

In 2014, INS says, the amount to be disbursed to poor people to lift them out of poverty was estimated at XAF775.1 billion, 23.4% of the State budget in that year.