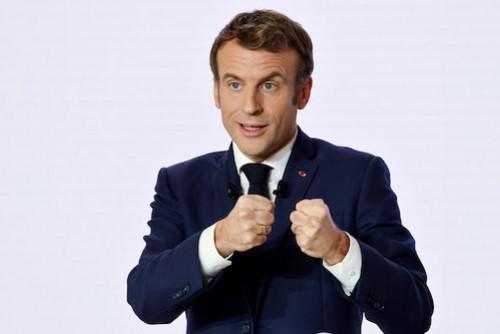 (Business in Cameroon) - French President Emmanuel Macron began a mini-African tour yesterday July 25, starting in Cameroon.  According to an official agenda, the French leader will have a meeting and a joint press conference with his counterpart Paul Biya.

This trip, the first in Africa since his reelection, is another opportunity for Emmanuel Macron to get closer to his partners. As a reminder, at the end of his previous term, the French president had organized a new format of his Africa-France summit, meeting with what was described as "Africa’s new forces”.

In addition to Cameroon’s authorities, President Macron will meet with local representatives of the "new interlocutors" that France has selected on the continent. Discussions with them will focus on climate issues and local participatory democracy.

A round table on food security and the role of the private sector is also planned. President Macron has pledged to reform the system that governed relations between France and its former colonies in sub-Saharan Africa after independence. Under this plan, the monetary cooperation agreements with the WAEMU zone have been reviewed. However, this seems insufficient to reduce the anti-French sentiment that is spreading in this sub-region.

Another critical issue to be discussed with Paul Biya is the French military deployment in Africa. After it was forced to exit Mali, France is repositioning itself in other countries, including Benin, Niger, and especially Chad. In the Central African Republic, Emmanuel Macron’s military strategy is being challenged by Russia.

With its position as the leading economy in the CEMAC zone and a logistics hub for countries such as Chad and CAR, Cameroon remains a strategic interlocutor for France. Although the country is experiencing some political tensions and is facing a double security crisis (the situation in the Sahel and the Anglophone crisis), authorities are striving to contain the violence despite limited resources.

Macron will also discuss opportunities to strengthen trade relations with France’s biggest trade partner in Central Africa. Beyond the political or governance challenges, Cameroon’s authorities have managed, over the years, to establish a diversified framework where several categories of economic actors can find significant interests and take full advantage.