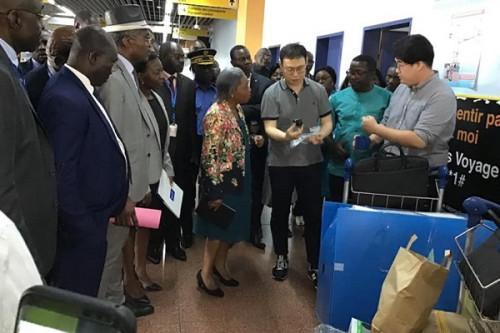 (Business in Cameroon) - The Ministry of Public Health has decided to install technological equipment at Cameroon's main international airports, including Yaoundé-Nsimalen and Douala, to prevent the spread of the Coronavirus to Cameroon.

To this end, the ministry has recently received, at the Yaoundé-Nsimalen Airport, thermal cameras and other prevention equipment. In addition to these latest generation thermal cameras connected to a computer system, on February 5, partners of the United Nations system and the Ministry of Public Health’s officials reviewed the passenger circuit and the isolation room prepared at Nsimalen airport.

Since 28 January 2020, Chinese authorities have revealed that a Cameroonian has already been infected with the coronavirus and is interned in a hospital in Jengzhou. He is Pavel Daryl Sem Kenou, a 21-year-old student enrolled at Yangtze University in China. He is said to have contracted the virus, which has been circulating in China since December 31, 2019, after a stay in Wuhan, the city considered to be the epicentre of the epidemic.