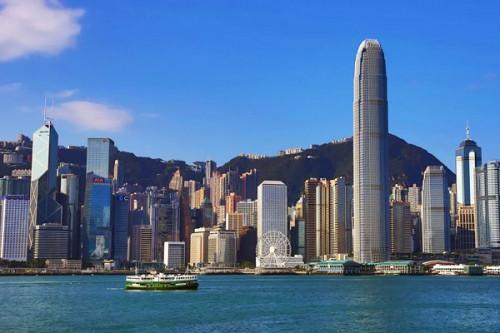 (Business in Cameroon) - In October 2020, Mediline Medical Cameroon (MMC), which won the contract to supply almost all of the Covid-19 test kits to be used in Cameroon, wired US$8.9 million (close to XAF5 billion) from its Afriland First Bank account to Moda Holding’s account in Hong Kong, according to documents seen by Business in Cameroon. The recipient company is owned by Cameroonian businessman Mohamadou Dabo who is South Korea’s honorary consul in Cameroon and also one of the shareholders (through Moda Holding) of MMC presented to the public as the result of the partnership between Cameroon and South Korea.

Between January and February 2021, Mediline Medical Cameroon tried again to wire funds to Moda Holding thrice. However, those attempts were unsuccessful due to the Bank of Central African States (BEAC)’s unfavorable veto. A letter sent on March 10, 2021, by Minister of Public Health, Manaouda Malachie, asking the BEAC to authorize the transfer of funds aimed at paying for the supply of rapid diagnostic tests changed nothing. Ditto for a meeting at the Prime Minister’s office. Sources present at the meeting explain that the BEAC imposed its veto because the foreign exchange regulation was not respected and there were also suspicions that this could be a capital flight scheme.

In October 2020, MMC justified its fund transfer claiming that it was a payment for the rapid diagnostic tests purchased from Moda Holding. After the wired order was issued by the company, Afriland First Bank solicited the central bank BEAC, which provided the funds on October 8, 2020, and the wire transfer was completed. Months later, the issuing institution (the BEAC) noticed that Moda Holing was not on the list of covid test manufacturers authorized by the Cameroonian Ministry of Public Health.

Also, there were inconsistencies in the documents submitted by MMC to justify the orders, as the regulation requires. For instance, at the customs directorate, the company declared 75 packages while 280 packages were mentioned on the air waybill.

The waybill also reveals that the tests were shipped from Seoul, in South Korea, by SD Biosensor, not by Moda Holding to which the funds were wired. “This information makes us wonder about the role of Moa Holding in this transaction,” the central bank’s executive told Cameroonian authorities.

For the BEAC, the transaction is all the more suspicious considering that Moda Holding is based in Hong Kong, considered by several international institutions as a tax haven.

Business in Cameroon was unable to check whether the inconsistencies and Moda Holding’s role in that transaction were explained. It was also unable to verify whether Mediline Medical Cameroon wired additional funds to Moda Holding after that of October 2020 because some of the parties involved answered none of our comment requests while others invoked bank secrecy.

Nevertheless, it appears that the BEAC’s ban on further payments from MMC to Moda Holding did not deter the test supplier from delivering additional kits to the State of Cameroon. In a release signed on June 1, 2021, MMC claims that on December 28, 2020, and in January 2021, it supplied 1 million kits (500,000 per shipment) to the Ministry of Public Health. The same source indicates that over 1 million kits, worth XAF19.25 billion, ordered by the government are yet to be delivered.