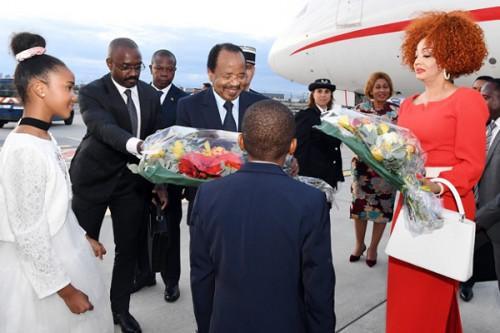 (Business in Cameroon) - From October 9 to 10, 2019, Cameroon’s president, Paul Biya, will participate in the sixth Global Funds’ replenishment conference in Lyon, France.

According to the presidency's civil cabinet, the head of state’s participation in that conference is an opportunity for Cameroon to raise about XAF100 billion for the fight against AIDS, tuberculosis, and Malaria over the 2021-2023 period.

For the 2018-2020 period, the Global Fund and Cameroon signed four funding agreements for a total of XAF108 billion. According to the fund’s allocation policy, Cameroon must meet all of the co-funding requirements before accessing the whole fund allocated for that period.

According to the civil cabinet, Cameroon has not yet paid the whole counterpart funding needed to access these funds. With these delays, treatment could be stopped with negative impacts on the health of the population, namely, those with high-risk such as women, people living with AIDS and teenagers. The country, therefore, needs to urgently pay that counterpart funding (20%).

During his visit, Paul Biya will also present the measures taken by his government to pay those funds. Notably, the creation of a special account at the BEAC to lodge the counterpart funds of the various projects in which Cameroon is involved, the presidency informs.

According to the same source, XAF20 billion out of the overall XAF21.6 billion, of counterpart funding Cameroon has to pay, has not been raised yet. The UNDP, the presidency adds, is supporting the Cameroonian civil society’s request and is active in helping the country raise the needed resources.

Since 2003, the UNDP’s support to Cameroon is estimated at XAF315.32 billion, via eight grants for AIDS, seven for malaria and four for tuberculosis.

Despite the progress achieved, the ministry of health indicates, Cameroon still has one of the highest HIV prevalence (3.6%) in West and Central Africa, with significant spikes within high-risk individuals (26% with sex workers, 20% with homosexuals, young girls and other teens). The AIDS/tuberculosis combination is still high (about 40%) while malaria was the cause of 48% of less than 5-year-old children’s death.