Slow at first, sales of Arthur Zang’s Cardiopad is rising at an exponential rate in Cameroon 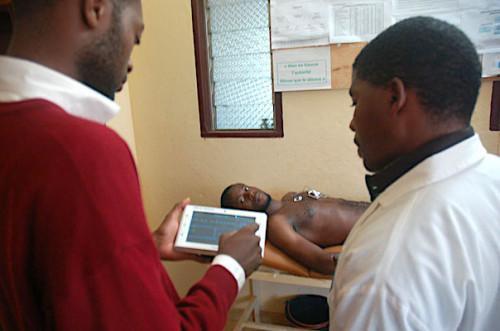 (Business in Cameroon) - Since 2016 when it launched the commercialization of Cardiopad, the first African medical tablet, Himore Medical has equipped 267 health centers in Cameroon. Arthur Zang, the inventor of Cardiopad, told Cameroon Tribune that this year alone, the Cameroonian Ministry of Defence has ordered 30 of the device from Himore Medical to equip the various military hospitals around the country.

According to the young engineer, every year in Cameroon, 60 hospitals acquire the medical device, which is currently manufactured following a make-to-order approach.

Thanks to the medical equipment, cardiac screening can be performed on patients and sent remotely to specialists for analysis without even moving the patients to urban areas where heart specialists are usually located.

"The Ministry of Public Health was supposed to award us contracts to equip some hospitals. We were expecting the financial resources from those transactions to fund final adjustments,” Arthur Zang explained at the time.

In January 2017, the company delivered the first 20 cardiopads ordered by the Ministry of Public Health to Minister André Mama Fouda. Since then, local specialists’ interest in the equipment, celebrated by numerous awards, seems to be rising. The Covid-19 pandemic that boosted remote services also seems to have contributed to the growing adoption of the cardiopad.