Cameroon: 40 killed by cholera outbreak in the North (Greenpeace) 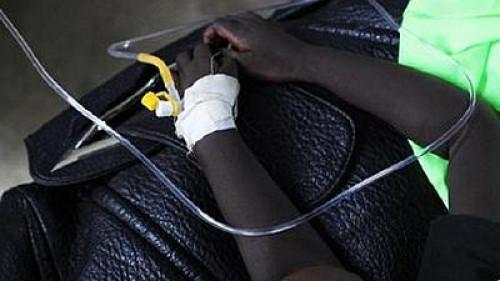 (Business in Cameroon) - In response to reports of more than 40 killed and over 600 confirmed cases of cholera in Cameroon's Far North region, Andoh Rex, Greenpeace Africa's mobilization officer, issued an alert on 18 November.

The manager said Greenpeace Africa sympathizes with bereaved families. “Greenpeace Africa knows this is a health crisis that could and should have been avoided. Cameroon's public health management system leaves a great deal to be improved. From the lack of drinking water in almost all major cities to waste in streets, it may only be a matter of time before the outbreak reached other regions,” Andoh Rex informed.

He said he is aware of the various economic and social challenges facing Cameroon, but making people's interest the priority should be the government's main concern. “The campaign to eradicate cholera in Cameroonian schools launched by the Minister of Basic Education, Youssouf Adjidja Alim, called -My school without cholera- is really not efficient. This campaign should have a holistic approach by addressing not only basic hygiene issues in schools, but also other issues in all aspects of Cameroonian life,” says Mr. Andoh.

Greenpeace Africa hopes that the Cameroonian state will offer the right to a clean environment to all its citizens.

Nachtigal Hydro-Power Company (NHPC), the company in charge of the implementation of the Nachtigal hydropower project (420 MW) located 65 km north-east of...