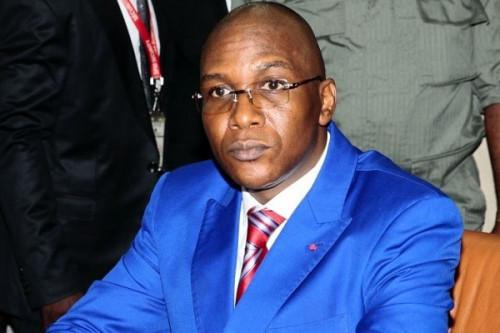 (Business in Cameroon) - Last weekend, Malachie Manaouda (photo), Cameroon's Minister of Public Health, spoke about the mysterious pneumonia called “2019-nCov” (new coronavirus), which broke out in the Chinese city of Wuhan in December 2019.

“As part of the epidemiological surveillance, measures are being taken to prevent any possible importation of Chinese Coronaviruses into Cameroon. For the time being, we must wash our hands regularly, cover our nose and mouth when sneezing, cook meat well,” the official said without any further details on the taken measures.

In Mauritius, passengers arriving from Wuhan are quarantined in a little-used hospital. In Côte d'Ivoire, health checks have been stepped up at the arrival of international flights. The temperature of the passengers is systematically measured with two thermal cameras. In Senegal, the Fann University Hospital, in Dakar, has taken steps to deal with possible cases. These steps include cleaning the premises and the acquisition of containment equipment.

According to the World Health Organization (WHO), coronaviruses are a family of a large number of viruses that can cause a wide range of illnesses in humans, from the common cold to Severe acute respiratory syndrome (SARS), and also cause a number of diseases in animals.

Since the outbreak of the "2019-nCov" in the Chinese city of Wuhan, the official death toll has been at least 80 deaths and more than 2,700 people affected. Since then, cases of this virus have been detected elsewhere in Asia, but also in the United States and France, where three cases, the first in Europe, have been reported and verified.
SA