Another floating LNG unit to be operated in Limbé by 2023 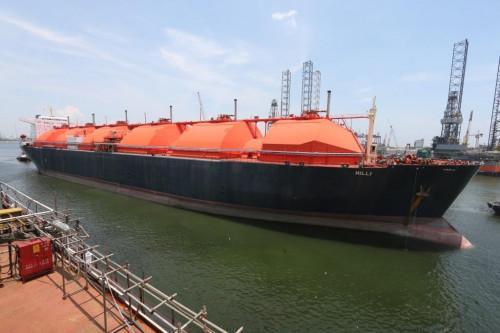 (Business in Cameroon) - A new floating LNG should be operational offshore Limbé by 2023. In that regard, Cameroon signed a convention with the British New Age in the framework of the Etindé license for the development of a 2,316 km2 gas field offshore Cameroon.

According to New Age, the construction of such floating LNG will start in China in 2019. After four years, the unit should be operational and will allow New Age and its partners to produce 30,000 barrels of condensate daily, 1.3 million metric tons of LNG as well as domestic gas.

Let’s remind that in March 2018, Cameroon became the second country in the world to use a floating LNG.

By April 30, 2018, this unit has helped produce 99,455 metric cubes of Liquefied Natural gas. Out of this overall production, 40,000 metric cubes was exported to China, good sources revealed. Hili Episeyo, the floating unit, has a yearly production capacity estimated at 1.2 million tons of natural gas. Cameroon commissioned it to anticipate the production of LNG while waiting for an LNG foot plant not so far from Kribi deepwater port.