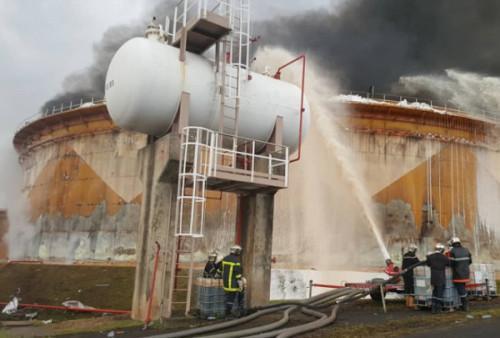 (Business in Cameroon) - The first revelations made by Jean Paul Njonou, managing director of (Sonara), Cameroon’s only oil refinery, about the fire outbreak at the Limbé plant were not much covered by the local media. Yet, the official publicly presented the damages sustained when a delegation led by the minister of water and energy Gaston Eloundou Essomba, visited the site.

“Before a thorough investigation of all of our plants to accurately determine the extent of the damages, let’s remind that the blast followed by the fire of last May 31, severely damaged 4 of our 13 production units and partially blew three of them,” the director said.

He indicated that among the severely damaged production units is unit number 10 that fractions crude oil into petroleum cuts. There is also Unit 30 that fractions and stabilizes fuel as well as unit 40, which fractions and cleans domestic gas. Finally, there is unit 70, which treats all the water used during the production process.

“By extinguishing the fire at bin A10 (that contains 10 million litres of crude oil), we were able to put off the fire, which lasted about three and a half days,” the managing director said.