The drones assembled by Will & Brothers are “25 times cheaper”, William Elong says 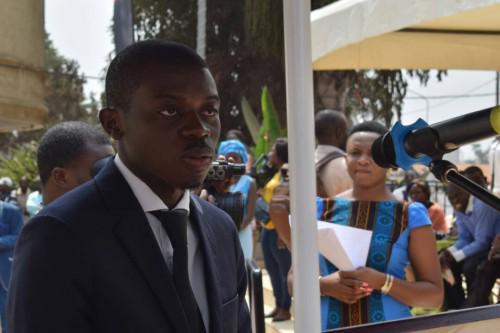 “(Business in Cameroon) - Three years ago, we had a dream: transform our beautiful country into a drone manufacturer. Our road was long, full of obstacles and sometimes of doubts. But, we made it, thanks to the support of our amazing team of young people who chose to join this adventure full of uncertainty but of determination above all”. Those were the words of William Elong, the young Cameroonian whose startup, Will & Brothers, presented officially the drones made in Cameroon on February 2, 2018, at Hôtel de Ville in Yaoundé.

“We have three flagships : a fixed-wing UAV which has a range of 20 km and an autonomy of more than 45 minutes, named Algo,  a rotary wing drone named Logarithm and a ground drone named Sanaga (ed. the largest river in Cameroon) as a tribute to the culture of our country”, the genius explained.

About the prices, William Elong is adamant that they are "25 times cheaper" than the market price. However, choosing to disclose the prices to the participants of the B2B meetings held after the official presentation, the proponent of Will & Brothers did not wish to disclose those prices publicly.

“Following our first successful fundraising to set our assembly workshop, we are launching a second campaign to increase our production and conquer the international market”, he announced.