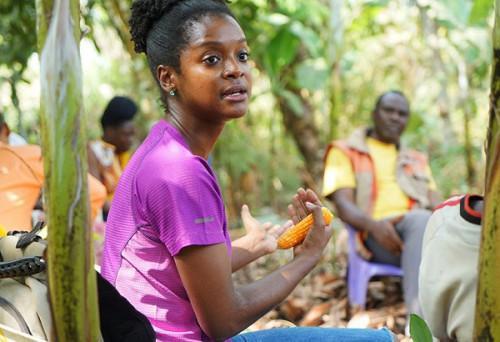 (Business in Cameroon) - Cameroonian Manka Angwafo was appointed laureate 2019 sub-Saharan Africa of the Cartier Women’s Initiative. This was on May 2 in San Francisco, United States.

The 33-yr old woman won the award thanks to Grassland ; her company launched in 2015 that offers smallholder farmers asset-based financing, tools, training and market access. Grassland Cameroon has already reached 300 farmers in the northwest with indirect impact on 1,800 residents, to date.

The company is a response to difficulties faced by farmers in accessing loans and the idea came out following a discussion back in 2013 with her grandmother who owns a farm in the region. Manka Angwafo was selected among nearly 2,900 applicants from 142 countries by an international independent jury. Her award grants her about XAF50 million and tailored support. It will also boost her visibility on the media with networking possibilities as well as opportunity to participate in an executive program of the business school INSEAD

Let’s note that last year, the award was received by Cameroonian Melissa Bime with her Infiuss health system, an online blood bank that collects and dispatches blood donations to hospitals.