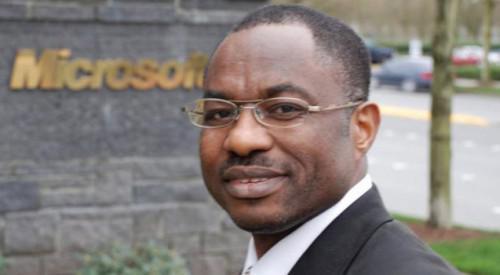 (Business in Cameroon) - A four-storey building constructed on a plot of 1600 m2, 150 workstations spread out in twenty offices, four conference rooms, an auditorium, a telemedicine room and a lot more equipment; all linked to the rest of the world thanks to a very high speed optic fibre connection. This describes the technopole "Ocean Innovation Center", inaugurated on 11 July 2017 in the town of Kribi, seaside city in the region of South Cameroon, which houses two landing points of optic fibre submarine cables.

The overall cost of this infrastructure, the first of its kind in Cameroon, is estimated at FCfa 607 million, of which FCfa 155 million borne by the Cameroonian state, through the Ministry of Economy, we learned officially. The rest of the financing has been provided by the Joseph Foundation, whose co-founder is none other than the Cameroonian engineer Jacques Bonjawo, formerly Senior Manager at the American giant Microsoft, who has become for some years now the pioneer in promoting telemedicine in Africa, through an outfit called Genesis Telecare.

According to its sponsor, the technopole "Ocean Innovation Center" is open to young Cameroonians with or without degrees, but possessing aptitude in ICT; to companies and other researchers. This infrastructure has for objectives, we learn, to "develop the creative potential of young people in allowing their socio-economic insertion; synergise all the small start-up creators in the vast domain of ICT; exploit opportunities offered by the existing: optic fibre, energy resources etc.; create innovations capable of being invested in an optimal manner in education, agriculture, health, administration, management of natural resources, social networks, etc.; attract foreign investment".

Over a period of 3 years, "Ocean Innovation Center" aims to train around 2,400 people in digital economy professions; create about 40 start-ups in the digital economy sector; create nearly 4,000 jobs; solve local technological needs; export digital services to countries in the sub-region such as Gabon, Congo and Chad.

"After having acclaimed the social impact of international technology, after having applauded the progress of countries such as India, Senegal, Mauritius, Tunisia in the matter, it seemed to me, at a certain point, appropriate and fundamental to realise concrete things in my country: Cameroon. And there are huge potentials in this country. The country is rolling out broadband infrastructure, like the optic fibre that passes here at Kribi; 72% of the population owns a mobile phone (UIT statistics dating from 2015, the figure has certainly increased); the rate of Internet penetration, according to Internet Live Stats statistics was 18% in 2016", maintains Jacques Bonjawo.