Young Cameroonian William Elong raises XAF1.3bln to conquer the international market with his made- in- Cameroon drones 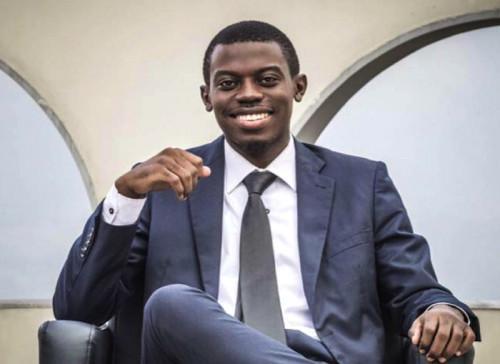 (Business in Cameroon) - Founder of Will & Brothers, a company that launched the very first civil UAV service in Cameroon, William Elong, who recently kicked off Germany-based Algo Drone, reported he has successfully closed his fundraising operation, announced in early 2018, targeting €2 million, or just over XAF1.3 billion.

This genius, who turned 26 today January 15, 2019, says the money will develop the research & development component of Algo Drone and boost the reach of the made-in-Cameroon drones as well as AI “Cyclop” on the international market.

“The first fundraising (about XAF124 million, ed) allowed us to acquire expertise, the second will now allow us to grow (...) the subscribers are foreigners. I am happy I have an international board, which brings me more than 30 years of experience at once. That said, I find it somehow unfortunate to be the only African for that,” commented the young Cameroonian entrepreneur, who says he has received many orders from Central and West Africa since the official presentation of the first drones manufactured in Cameroon on February 2, 2018.

“We have received orders for a hundred drones. Unfortunately, our production capacity isn’t enough to meet that demand. We made the necessary adjustments over the second half of 2018 that paid off in the last quarter. Indeed, between October and December 2018, we received more orders than we did in 2 years. All we had to do was delegate the production chain to technical partners, especially on the hardware part, while keeping the intellectual property and software part of the drone in-house,” he said.