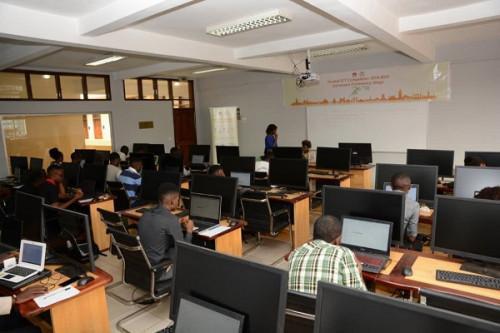 (Business in Cameroon) - About 150 Cameroonian students from higher education and vocational training institutes partnered with the Huawei ICT Academy (National Post, Telecommunications and ICT School, National Polytechnic School of Yaoundé, University of Douala and University Institute of the Coast), have just taken part in the first round of the “Huawei ICT Competition.”

Candidates retained after online registration in this international competition of ICT skills, organized for the first time in Cameroon by the Chinese equipment manufacturer, took the test on January 18, 2020, at Ecole Nationale Supérieure Polytechnique. Another wave of candidates underwent the first tests on 15 and 16 January 2020, at the University of Douala in the Akwa district, official sources indicate.

Preparation for this final stage includes a two-month training course at the headquarters of the global telecom equipment giant in Shenzhen, China.

The Huawei ICT Competition was launched in 2015. The 3rd edition (2017-2018) attracted more than 40,000 participants from 32 different countries, the organizer reveals. In the end, 23 teams took part in the world final in Shenzhen, China, in May 2019. This competition is the third initiative to promote ICT development launched in Cameroon by this operator, after “Seeds of the future” and “Huawei ICT Academy.”