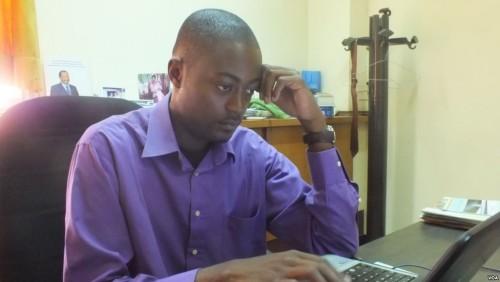 (Business in Cameroon) - The young Cameroonian engineer Arthur Zang, inventor of the Cardiopad, the very first African medical tablet, has just won the gold medal at the Africa Prize for Engineering Innovation, organised by the United Kingdom’s Royal Academy of Engineering. This award which was given to him on 26 May in Tanzania, we learn, comes with a cash prize of GBP 5,000, approximately FCfa 23 million.

The Cameroonian engineer was chosen among 900 candidates from 42 African countries. This umpteenth award, the creator of the Cardiopad highlighted, is more a worldwide recognition of his finding. “Very often, products created by Africans are ignored in favour of European products. I had to prove to the whole world that Cameroonian engineers in particular and African in general have just as much talent as those in the West”, he confided to the pro-government daily.

The Cardiopad is a medical device through which it is possible to record the cardiac parameters of a patient and send them remotely to a specialist doctor to interpret the data, thus helping to remedy to the problem of the insufficient number of cardiologists in hospitals, particularly in rural areas.

According to Arthur Zang, a graduate of the Ecole Polytechnique de Yaoundé, 53 specimens have been sold, including 25 in Gabon and over 10 in Nepal. The fruits of these first sales will enable Himore Medical, the start-up through which the Cardiopad was developed, to set up a magnetic card manufacturing plant in the Cameroonian capital.