Central Africa has a guarantee fund for banks

The body responsible for guaranteeing and safeguarding the deposits of savers is now operational within the countries of the Economic and Monetary Community of Central Africa (CEMAC).

The body responsible for guaranteeing and safeguarding the deposits of savers is now operational within the countries of the Economic and Monetary Community of Central Africa (CEMAC).

The Deposit Guarantee Fund in Central Africa (FOGADAC), created seven years ago by the Banking Commission of Central Africa (COBAC), it was born at the end of the first meeting of its committee last February in Yaoundé. This is a mechanism to protect deposits, or a deposits insurance system, financed by contributions from banks, varying according to the deposits they collect, with a minimum height of 30 million FCFA by bank and 5 million FCFA per financial institution which is not collecting deposits.

In the past decade, the number of active banks has increased from twenty-nine to forty-four, for total bank deposits of 4.995 billion FCFA, against 1.637 billion FCFA.

In return, the FOGADAC will reimburse savers' deposits and other assets placed with banks in the CEMAC (Economic and Monetary Community of Central Africa), up to 5 million FCFA maximum, in case of difficulties for these financial institutions.
Community structure responsible for guaranteeing savers' deposits of banks in Central Africa, FOGADAC was born fifteen years after the beginning of thinking about how to secure bank deposits in CEMAC zone following the banking crisis that shook the countries of the sub-region in the early 1990s, pushing more banks into bankruptcy, to the dismay of thousands of savers, many of which have never been able to recover all of their assets even to this day. COBAC, who was born in the aftermath, has begun a huge job of cleaning through bank restructuring which now provides to local banking institutions a minimum of credibility. This is why, in addition to ensuring the safety of savers' deposits, the FOGADAC should play a role in the financing of the sub-regional economy by banks, whose involvement in development projects is fairly low.

Over the past decade, the number of active banks has increased from twenty-nine to forty-four, for total bank deposits of 4.995 billion FCFA against 1.637 billion FCFA. These figures represent an increase of 205%. At the same time, credits to the economy have also followed an upward trend, rising from 1397 billion FCFA in 2000 to 3034 billion FCFA in 2010, an increase of 117.1%. It should, however, put things into perspective when one considers that for the same period, the share of bank deposits and the credits to the economy relative to GDP remained low, rising from 2000 to 2009, respectively from 10, 9% to 16.7% and from 9.3% to 10.2%. Moreover, the average interest for loans fell from 14.3% in 2000 to 9.3% in 2009. This is a decline in a row consecutive to a tougher competition in the banking sector, which registered newcomers.
However, as experts note, there are concerns relating to the organization of FOGADAC. And for good reason, in addition to the permanent secretariat, which plays just a leadership role, it is chaired by the Governor of the Bank of Central African States (BEAC), which at the same time, is president of COBAC and the Monetary Policy Committee (MPC) of central Africa, while the other members of the governing body are representatives of the six states of CEMAC.

Based on the composition of legislative and operational bodies, analysts fear the risk of a "collusion of interests." Also, they observe that there remains a "blur from the place of subsidiaries of foreign banks outside CEMAC," since it is not clearly specified whether this is also an entitled guarantee mechanism of the sub-region. If this is not the case, there is a concern for the guarantee of national deposits of CEMAC having deposited their assets in the branches of multinational companies. Another concern, and not a little one, the cap to 5 million FCFA as a guarantee of repayment would be quite simplistic, declare the experts. 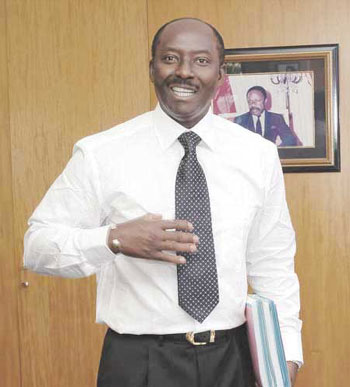