Emmanuel Rigaux : “we have, since the beginning of 2019, recovered our position as Cameroon’s leading cement producer, in terms of market shares” 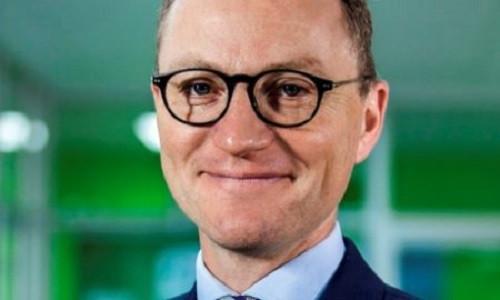 (Business in Cameroon) - On April 2, 2019, he was in Cameroon for the inauguration of a new cement plant. He is the general managing director of LafargeHolcim Morocco-Africa and during his visit he granted Business in Cameroon an interview in which he lays out the ambitions of this consortium (France-Morocco-Switzerland) in Cameroon, a country where it, via its subsidiary Cimencam, held the monopoly for 48 years, before eventually being dethroned by Dangote Cement after the market’s opening.

Business in Cameroon : What is your review of operations of Lafarge Holcim Morocco-Africa across the continent, in 2018?

Emmanuel Rigaux : 2018 was a very tough year for us, across many markets, mainly because a lot of economies were going through a structural adjustment process. This had a major impact on the construction industry. Furthermore, Central African countries suffered the drop in oil prices. However, since the beginning of 2019, we have recorded significant improvements and are very optimistic regarding our perspectives in the next two years.

BC : While competition is actually rude in Cameroon, cement prices did not reduce substantially. Many believe producers have reached an agreement to maintain prices at a certain level, is that true?

ER : First off, competition is something normal and it exists everywhere, in Africa, Europe, on all markets. Next, as you very well know, we have no right and do not want to reach such an agreement with our rivals. We have been competing fairly. In fact, our rivalry is quite evident in Cameroon and that is not new. What is new however is that we, through Cimencam, are actively working to regain all the grounds we lost in the past few years. Not only in Cameroon but in all French-speaking African

countries where we operate. The recent commissioning of a new plant in Cameroon’s political capital (ed. Note: April 2019) reflects our desire to consolidate our position as number one and expand to more markets, across all African sub-regions.

BC : Effectively, what will be the added value of the Nomayos plant to Lafarge Cameroon ?

ER : Given its geographical position, near a major economic center, this new plant is very important. It will enable us to produce new types of cement products. We have invested a lot in order to make this facility one of the group’s most modern factories. It is equipped with the latest technology which we will leverage to make highly-resistant cement products. Our first production in March 2019 has shown very satisfying results.

BC : Should Cameroonians expect cement prices to reduce soon, especially amidst the country’s actual conjecture ?

ER : Let’s take the example of a buyer who produces building blocks. For such a buyer, it is obvious that the price of a cement bag is important. More important however is the number of blocks he can make with that bag and also the quality of these blocks. Cameroon’s construction industry is becoming more sophisticated. While artisanal products used to be the standard in the past, the sector is now rapidly industrializing and as a result becomes more demanding, in terms of quality. This buyer should thus be concerned with more factors than price alone. Nevertheless, we believe prices could decrease and they already have actually. Indeed, when comparing actual prices to the inflation rate, we can see that they are reducing. Meanwhile, our production costs keep rising. Take for example clinker, which is key in cement production. Its price keeps increasing and the same stands for port-related fees. For us this is a real issue but our main objective is to create value for our customers.

BC : Cement prices are fixed in Cameroon and you claim that your production costs are rising. Could you be envisaging to demand that government increases prices further or do you still have some margin left?

ER : We are not there yet. Our situation in Cameroon is quite peculiar in that the State, through Société Nationale d’Investissements (SNI), holds a stake in Cimencam, our subsidiary. So we really believe we are a Cameroonian company and we are the only ones in this industry that can say so in the country. We have Cameroonian capital and pay dividends to the State. We are not having a dispute with the government. We are very well aware of prices’ impact on consumers. Cement is a key component of household baskets and we have not yet discussed about augmenting its price. What we presently focus on is reducing our production costs and that is very important to us. As illustration of this challenge let’s take for example the Nomayos plant. Fifty percent of costs at the factory are related to input such as clinker, which is imported, and other materials used to make cement.

BC : In this context, do you think that it would be wise, as you have been considering for some years, to start exploiting the Mintom limestone deposit ?

ER : We already have a clinker production factory in Cameroon, in Figuil precisely. We are the only clinker producers in the country. Unfortunately, this factory does not have the capacity to sufficiently supply the grinding stations of Douala-Bonabéri and Yaoundé. However, in some years from now clinker will be produced locally at scale and that is why we are very optimistic about Cimencam’s future. We are

the only cement producers with vast limestone reserves and also the only clinker producers at the moment.

BC : Regarding the Figuil factory in northern Cameroon, what investments did you recently make in this facility and what are your plans in regards to the coming months and years?

ER : The Figuil plant truly is Cimencam’s future. We are currently engaged in various projects. One of these involves increasing the production capacity of Figuil’s plant by 25%. More will follow now that we have started operations at the Nomayos plant. We are dealing with one issue at a time.

BC : You mentioned that Cimencam’s first quarter this year was outstanding, a feat it had not achieved in years. Could you be more specific?

ER : Unfortunately it is not possible because data from our account review must be first shared with our board of administration. Therefore we cannot give you specific figures before having done so. The only thing I can say is that we have recovered commercial dynamism and are recording daily average outputs which Cimencam had not registered in a very long time.

ER : Let’s first of all not rush. There is a difference between announcements and effective realizations. Wait to see the latter before comparing our capacities to the future capacities of our main competitor. Today, the most important is that in Cameroon we have regained our position as leaders, both in terms of production and market shares. We are the first because we make cement products that our rivals do not produce. In Nomayos for example we make white cement. We want to become a more

BC : You have invested more than €41 million in Nomayos. How much did you inject in Figuil and how much more do you plan on investing in the country?

ER : We are still at the stage of studies so it is too early to discuss such matters. One of the major concerns at Figuil is power. Investment size will significantly vary if we are able to have our own power plant there. Truth is we have prepared many scenarios.

BC : What are your actual shares of the market and what are your short, mid and long term objectives in Cameroon?

ER : Due to competition law we are not allowed to reveal details about the size of our market shares. Regardless, based on our estimates, we have, since the beginning of 2019, recovered our position as Cameroon’s leading cement producer, in terms of market shares.