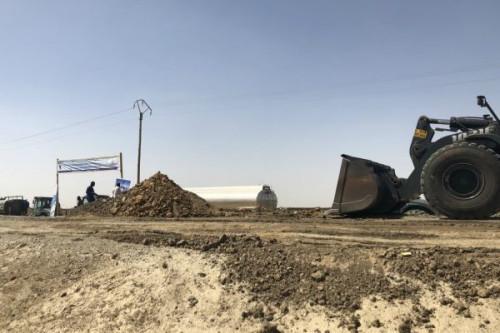 (Business in Cameroon) - In Cameroon, 3 sub-contractors have recently been recruited to ensure progress of the construction of the Mora-Dabanga-Kousséri road in the Far-North.

Indeed, officially relaunched on March 1, 2018, after 4 years of suspension, the construction works of the 200-km road have been on standstill for months now.

The selected companies are PAC International, Millenium, and Sombti. According to sources close to the case, they will respectively be in charge of the Mora-Waza (60 km), Waza-Sale (40 km) and Dabanga-Kousseri (75 km) axis. The military engineering units, formerly chosen to handle all the construction, will only build the 30-km Sale-Dabanga axis.

These sub-contractors have been recruited to complete the works by June 2020. According to our sources, June 2020 is the date the project’s backer (the World Bank) is planning to close the credit line opened for the construction about 10 years ago. So, the selection is not only aimed at timely completion of works but also at quickening the disbursement in the framework of the project.

Let’s note that the construction of the road, opening Cameroon to Chad and Nigeria, has been delayed by many events. Apart from the organizational delays encountered in the implementation of projects in Cameroon, this road project has been particularly affected by the insecurity created by Boko Haram in Far-north Cameroon.

Despite its many promises to restart the works, Sinohydro finally abandoned the construction. Then, Cameroon received the World Bank’s approval to entrust the works to its military engineering unit, which promised to deliver within 24 months.

This promise was obviously made without taking into account many unexpected events that finally forced the project manager (the Ministry of Public Works) to urgently recruit these three sub-contractors. That way, Cameroon will not lose financing for the project launched about 10 years ago.