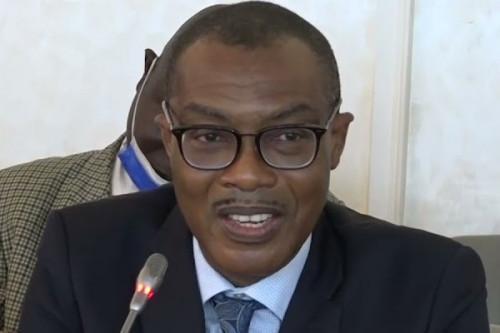 (Business in Cameroon) - If care is not taken, Cameroon could lose the funding of the African Development Bank (AfDB) related to the Ring Road (the 365km Kumbo-Nkambe-Misaje axis), Ntui-Mankim (96.7 km), and Bogo-Pouss (63.17 km) whose procurement procedures have not been completed for over a year now.

"This incomprehensible situation affects the performance of our portfolio and changes the status of those two operations [Ntui-Mankim and Bogo-Pouss] to the category of risky projects. Our concern is even greater because the remaining funds for the Road Sector Support Project (RSSP) 1 and 2 could be canceled if nothing is done to change their current status by November 15, 2021(...) At less than 16 months to the deadline for the last disbursement in the framework of RSSP 1 and 2, after the extension granted by the bank, construction work on the Ntui-Mankim-Yoko and Bogo-Pouss roads is still pending,” the letter informed.

As far as the Ring Road project is concerned, Serge N’Guessan explains that commitments were made when signing the AfDB’s loan agreement (ed. note: in June 2021) that specific measures would be taken to relaunch the tender process for the Kumbo-Nkambe-Misaje road section and construction works would start before end 2021. However, there has been no answer to the proposal submitted by the AfDB teams in that regard, he added.

"In light of the development in the procurement case, we would like to express our concerns about those commitments,” he wrote asking the MINTP to take urgent measures to avoid the cancellation of those funding lines.

The overall funds that could be pulled out are estimated at XAF188 billion. Specifically, XAF106 billion is for the Ring Road formed by the Bamenda-Bambui-Ndop-Babessi-Kumbo-Nkambe-Misaje-Nyos-Wum-Bafut-Bamenda road loop with several connections to the Nigerian border, from Misaje notably.  At the same time, XAF50 billion is for the Ntui-Mankim road and  XAF32 billion for the Bogo-Pouss road project.

In the case of the Ntui-Mankim road, in July 2021, China Railway was awarded the construction contract but, Sinohydro, which took part in the tender procedure launched on May 15, 2020, for the said road, filed an appeal before the public procurement regulator ARMP (on August 1, 2021). After reviewing the case, ARMP asked the contract to be awarded to Sinohydro. Meanwhile, the AfDB had already issued a no-objection certificate to China Railway as the selected contractor. Currently, the MINTP is requesting another certificate of no-objection for Sinohydro.

As far as the Bogo-Pouss road project is concerned, many times, the public procurement authority CCCM-TR opposed the selection of Tunisian firm Soroubat as the preferred bidder. For the authority, Soroubat’s bid (XAF50 billion) is higher than the XAF32 billion bid submitted by its immediate competitor Gitto Costruzioni Generali Nigeria, based in Abuja. However, believing that Gitto is underbid and is not financially capable to handle the project, the MINTP decided to declare the tender process unsuccessful.