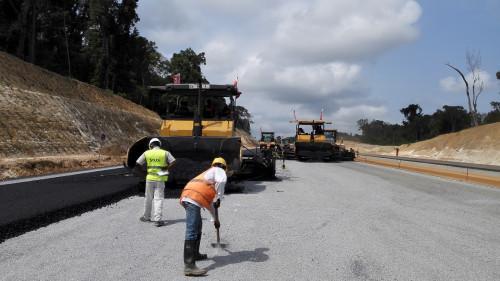 (Business in Cameroon) - Cameroon plans to invest XAF375.49 billion for the implementation of “major projects” (known as first-generation projects) announced in the Strategic Document for Growth and Employment (DSCE) 2010-2020, according to the 2021 state budget.

According to the DSCE 2010-2020, the projects would have been completed by 2020, but this is not the case. The current execution rate is 47% and looking at the state of some of the projects, one can rightfully say that the completion deadline is not for tomorrow.

In a report on the Cameroonian economy published at the end of 2020, the International Monetary Fund (IMF) indicates that major first-generation projects have already called for massive and diversified external financing of nearly XAF1500 billion. Therefore, “the financing of the new major projects would be challenging, as Cameroon’s debt situation is currently at high risk of debt distress. Public-Private Partnership would help, but Cameroonian authorities would need to adopt a more upfront approach in terms of planification and budgeting,” the report reads.

Let’s note that according to the DSCE, a "major project" is one whose investment costs represent at least 1% of annual budget expenditures and which supports long-term growth prospects through positive, significant, and persistent impacts on innovation, employment, and cross-sectoral economic activity.