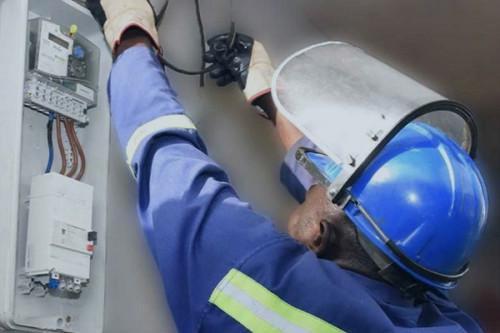 (Business in Cameroon) - After the successful mobilization of financing for the implementation of the Cameroon-Chad Power Interconnection Project, Cameroonian authorities recently presented the economic benefits of this infrastructure.

According to the Ministry of Water and Energy (Minee), Cameroon will finally be able to shut down the thermal power stations of Garoua, Maroua, and Kousseri (in the northern part of the country bordering Chad) once the 1,560 km of the electricity transmission line is deployed between the Nachtigal power station (420 MW) and Ndjamena (Chad). Indeed, the official informs, the diesel supply of these thermal power stations costs about CFAF14 billion per year. This amount will constitute a budget-saving for the state, which is currently paying for these diesel supplies to avoid an increase in the price of electricity.

Also, the Minee indicates, this infrastructure is expected to increase revenues for the State of Cameroon through the export of hydroelectricity to Chad, which uses mostly fossil fuels as a means of generating electricity. Indeed, the project includes the construction of a 225 kV transmission line of 1,024 km length between Ngaoundéré-Garoua-Maroua-Kousseri-Ndjaména-Bongor-Ngelendeng-Yagoua-Maroua, with substations in each of these towns.