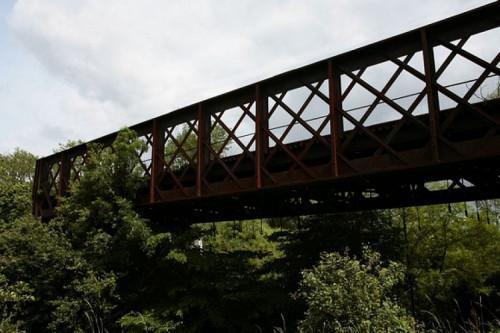 (Business in Cameroon) - Ellipse Projects SAS France, the company entrusted with the installation in Cameroon of prefabricated modular steel bridges just took delivery at the port of Douala of 412 cargoes containing metal components of 44 facilities manufactured by Acrow Corporation of America.

Geoffray Terrain who manages the project within Ellipse Projects says 19 bridges are under construction; 14 of which are expected to finish this year while the 5 remaining will finish by March 31, 2020. This is a step forward for this project started five years ago.

The project received XAF25 billion from US Eximbank in Dec 2014 under an XAF46-billion loan agreement signed between Cameroon and French Société Générale.

Until March this year, the scheme was still suffering big challenges regarding cargo clearing at the port of Douala ; issues that prompted a meeting last March 8 in Yaoundé between Olivier Picard, CEO of Ellipse Projects SAS France, and the Cameroonian minister of public works Emmanuel Nganou Djoumessi, to find a solution to the permanent clearing of focus cargoes.

In detail, 11 bridges will be installed in the east, 9 in the northwest, 7 in the west and 7 others in the south. Adamaoua and the Central region will each benefit from 5 facilities, 4 for the south-west, 3 in the littoral, 2 in the north and 2 in the far north. Bridges’ sizes range between 27 and 150 m. This project is expected to significantly boost transport of goods and people.