CHEC appointed for the exploitation and maintenance of Kribi-Lolable expressway 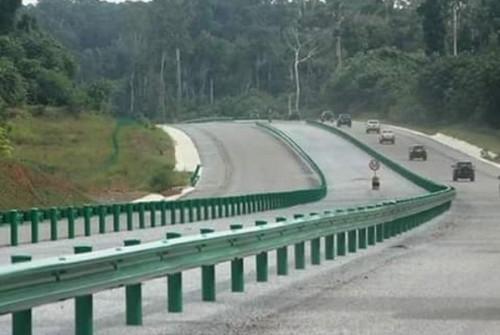 This is revealed in a release signed, on February 20, 2020, by Cameroon’s Minister of Public Works Emmanuel Nganou Djoumessi. In the release, the official indicates that in the framework of a public-private partnership, Cameroon attributed the designing, construction equipment, exploitation and maintenance of the Kribi-Lolablé expressway to CHEC.

This appointment should be much to CHEC’s delight. Indeed, the company that pre-funded Cameroon’s share in the construction to the tune of XAF38.6 billion has since been asking to participate in the management of the expressway.

The designation of the operator/ concessionaire in charge of the exploitation and management of the expressway was one of the conditions required to lift the suspension imposed, in June 2018, by Eximbank on the disbursements of funds in favor of the project.

The construction of the infrastructures has, by the way, been relaunched, according to internal sources at the Autonomous Port of Kribi (PAK).

Started on January 1, 2015, Kribi-Lolable expressway is expected to be delivered on October 31, 2020, after a 28-month extension. According to the Ministry of Public Works, currently, the completion rate of the works is about 90%.