Cameroon: the 86-km Nkolessong-Nding road will be inaugurated today 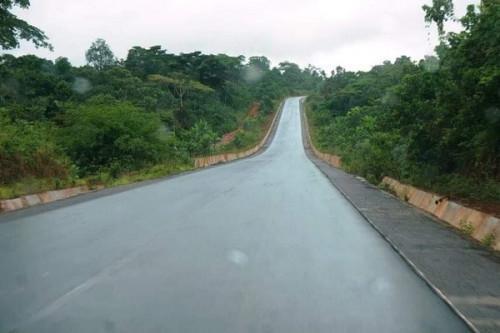 According to the official, "this inauguration is the materialization of the investment effort made by the State of Cameroon in the field of road infrastructure because the construction was funded by the Public Investment Budget." Indeed, the asphalting of Nkolesseng-Nding and the Nanga Eboko-Bifogo bypass (which is part of the 275-km Obala-Batchenga-Bouam road development project) required an investment of about XAF55.43 billion.

The road infrastructure aims, among other things, at improving the connection between the Central and Eastern regions while allowing travel from departments of Lekié and Haute Sanaga in the Central Region to Lom-et-Djerem in the Eastern Region. The infrastructure will boost trade between the Center, East, Adamaoua, North, and the Far North that have strong agricultural potential.

Let’s note that before its effective implementation, the project encountered some challenges. Indeed, Chinese company China International Water and Electric Corp (CWE), which won the contract nearly five years ago, regularly complained about payment arrears to explain the various delays in the delivery of the works.  However, in July 2020, the project owner deemed that argument weak because as of that date, 94.02% of that deadline was consumed and 73.04% of the payments were made. “You can’t take six months to build 11 km of road, it is unacceptable,” Emmanuel Nganou Djoumessi lashed out during a meeting in Yaoundé last July 1.

He then ordered the Chinese company to deliver the works within sixty days, starting from July 1, 2020. This order has been followed since.