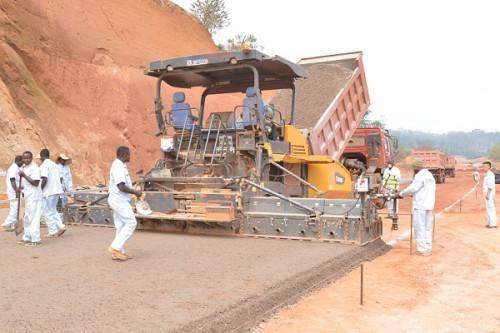 (Business in Cameroon) - China and the fixed parity between the CFA Franc and the Euro are key factors to attract private investors for infrastructure projects in the CEMAC region.

This is the conclusion of an analysis recently published by the U.S rating agency Moody’s.  "CEMAC member countries belong to the Franc Zone, whose currency has a fixed parity with the euro. This helps them reduce external vulnerabilities and absorb shocks created by their high exposure to extractive industries by keeping inflation below 3%. The stability of the currency is also likely to reduce investor concerns. In the power sector, strong power purchase agreements (PPAs) in a stable currency can help secure financing," the analysis reads.

Moody’s experts add that China is a key investor in infrastructure projects in the Central African region. According to official figures, in 2020, the country accounted for 22% of the infrastructure investments in the CEMAC region, about the same as African development institutions like the AfDB.

Although they are key advantages, Chinese investments and the CFA Franc fixed parity are not enough. Currently, on a purchasing power parity, no economic research has demonstrated that inflation is more contained in the CEMAC region than in others. In addition, in the CEMAC region, infrastructure costs are sometimes higher than average, notably in Gabon and Cameroon.

China’s contribution to infrastructure developments in the region is well appreciated but it faces two challenges. First, some analysts criticize the funding model that makes countries incur more costs for their infrastructure projects. Second, even though Chinese loans are granted at comparatively lower interest rates, underlying conditions are so complex to abide by like Congo experienced in the framework of its oil-backed borrowings.

Infrastructure investments are crucial to help CEMAC countries reach their development goals. However, they can not rely on their highly restrictive banking sectors. As of the end of 2019, barely 3% of the outstanding bank loans had a 7-year maturity period, according to the Bank of Central African States (BEAC).

An alternative to the banking sector could be the local capital market but the common stock market is still in its infancy. Meanwhile, entities that act as liquidity funds in the market are not yet structured enough to enter the infrastructure sector.