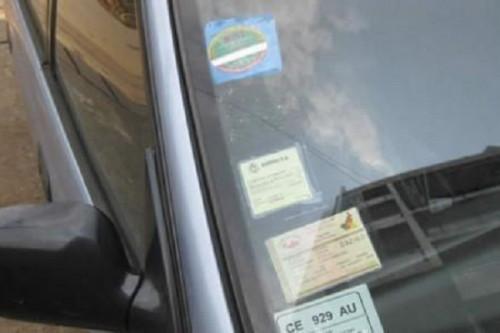 (Business in Cameroon) - Insurance companies operating in Cameroon only report about 14% of the vehicle stamp duties they collect into the Public Transport Passengers' pool (PTP). This was revealed on October 30, 2020, by the department of financial services of the Ministry of Finance, when it was reviewing the January 2017 vehicle stamp duty reform.

According to the reform, those stamp duties were to be collected by insurance companies, instead of tax authorities. However, the companies do not return the counterfoils of insurance certificates provided to them by the Public Transport Passengers' pool (PTP) and they do not even pay the amounts equivalent to those certificates to the pool.

The administration explains that every year, they only return 14% of the certificates they have received, “keep the remaining 86% and order new ones without even detailing how they used the ones they previously received,” the department indicated.

Explaining that there were no possible reasons for not reporting how they use those certificates, the department adds that such behavior paves the way for numerous blunders and malpractices. It, therefore, believes that in the framework of the ongoing actions aimed at improving the sector, insurance companies must be compelled to return all of the certificates whose use they can’t justify to the PTP and explain how they used the ones they have not returned.

Let’s note that despite the low volume of certificates reported by the companies during the reform period, the amount of vehicle stamp duty collected in the first year of implementing the reform (2017) was up compared with its level in 2016. Indeed, citing the Directorate General of Taxation, the financial services department estimates that amount to be XAF8.5 billion (the 2018 report published by the directorate estimates it to be XAF7.4 billion) while in 2016, it was XAF7 billion. This represents a year-over-year increase of XAF1.5 billion.

The department explains that such performance was due to the reform but in 2018, that amount dropped by XAF7 billion. Yet, to justify the reform, the directorate of taxation points out the costs saved after the suppression of stickers, which were the payment mediums.