FANAF : Cameroonian Théophile Gérard Moulong in line for the presidency 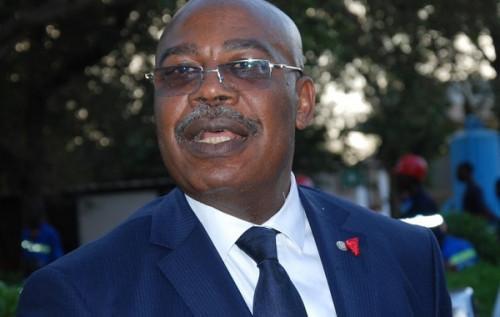 (Business in Cameroon) - On February 20, 2020, the President of the Federation of African National Insurance Companies (FANAF) will be elected in Libreville, Gabon, during the 44th General Assembly of this organization.

According to an unwritten rule, the president of FANAF comes alternately from West Africa and Central Africa. Two nationals from the Central African sub-region are competing to succeed the current President Adama Ndiaye (a Senegalese). They are the Gabonese César Ekomié-Aféné, director of Nsia Assurances’ companies in Gabon, Congo and Senegal and the Cameroonian Théophile Gérard Moulong, general manager of Saham Assurances Cameroon.

“My motivation comes from this desire to serve the interests of our profession. That is why in my end-of-year message to my colleagues, I stressed that I was all ears for each and everyone’s contribution so that we can build the FANAF of the coming decade,” said the Cameroonian candidate.

“My background and my involvement at different levels in the insurance sector motivate my candidacy. I have been actively contributing to the life of our federation for decades and I am carrying a program focused on accompanying insurance companies,” the Gabonese candidate stated for his part.

Based on the theme “la donnée et l’innovation au cœur de l’assurance” (data and innovation at the heart of insurance), the coming General Assembly of FANAF, will open on 16 February 2020 in the Gabonese capital and will end on 21 February.