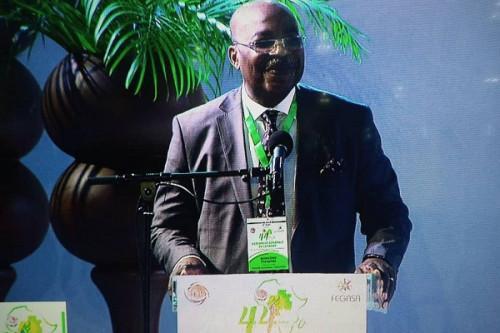 (Business in Cameroon) - On February 20, 2020, in Libreville, Gabon, Théophile Gérard Moulong – the Cameroonian who declared his candidacy for the presidency of the FANAF (Federation of African National Insurance Companies) months ago - withdrew from the race.

“I ask my supporters to vote massively for César [ ed.note: Ekomié-Aféné]. He should be elected with massive support,” he said.

His withdrawal from this election planned to take place during the 44th General Assembly (scheduled to close on 21 February 2020) of this organization, thus opens the way for the plebiscite of Gabonese César Ekomié-Aféné, director of Nsia Assurances companies in Gabon, Congo, and Senegal.

Informed sources see this withdrawal as the result of a proactive strategy led by Nsia group for the  Gabonese candidate, but above all, also as a desire to assign the post to a national of another Central African country, other than Cameroon.

Indeed, a credible source points out that the last three time it was the Central African region’s turn to assume the presidency of the FANAF, only Cameroonians were elected. The last three being Paul Tsala, Richard Lowé, and Protais Ayangma Amang.