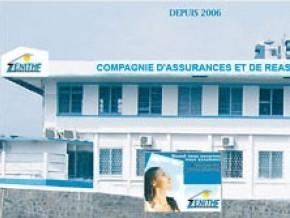 (Business in Cameroon) - Zenithe Insurance, according to a statement from the Ministry of Public contracts on June 19, 2013 published in the state run bilingual daily, Cameroon tribune won two contracts out of four in a tender launched on March 13, 2013.

The first at 225 million francs CFA is to provide health insurance to personnel of the Douala city council, and the insurance company has a deadline of two years to draw up the policy.

Also, the insurance company won the global insurance contract of the city council’s damages. Worth 16.03 million francs CFA, the contract has a 24 months execution deadline.

Colina Assurance, fourth in the country’s insurance market, was attributed the health insurance scheme of external services of the city council.

Valued at 27 million francs CFA, the contract has the same deadline as those won by Zenithe.