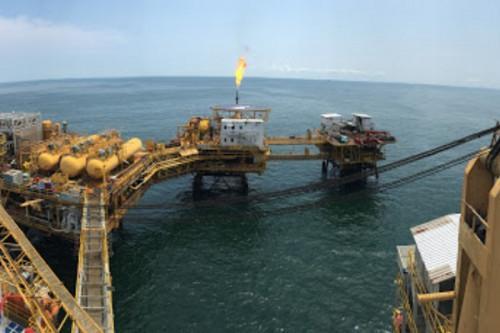 (Business in Cameroon) - The National Hydrocarbons Corporation (SNH) informs that its Anglo-French partner Perenco estimates its oil reserves in the Rio Del Rey basin at about 5.3 million barrels.

According to the corporation, simultaneous drilling operations were launched in three development wells in the Tiko Marine field on February 28, 2020. The campaign ended with the completion of the well ‘SKM004’ and the reserves identified in the three wells were about 4.7 million barrels for an estimated daily production of 2,450 barrels.

In the Ekoundou Marine concession, Perenco Rio del Rey launched drillings in the well “EKM-061ST" on January 14, 2020, and completed the operations on February 8, 2020. The same day, it started drilling the well “EKM-53ST” from the rig-lug platform in the Ekoundou Marine concession and completed it on February 18. In that same concession, it drilled the well  “EKM-055ST”  at a soil depth of 1,679 meters. The additional reserves of the operations were 0.6 million barrels.

However, because of the coronavirus pandemic, all the drilling campaigns were suspended in March 2020. The only operations it maintained are production activities performed by a reduced team.