SNH denies any involvement in the Glencore bribery case 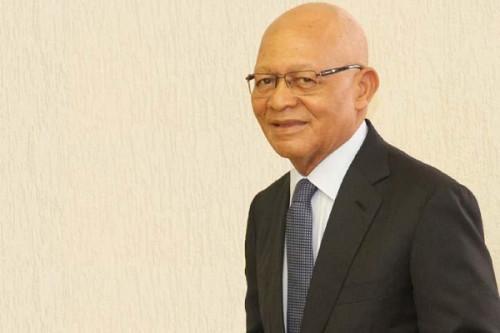 (Business in Cameroon) - The Cameroonian national oil and gas corporation (SNH) denied any involvement in the Glencore corruption case. While the Anglo-Swiss trader has admitted paying bribes to the Cameroonian company, the latter rejects these accusations.

"We want to inform the national and international public that SNH has absolutely nothing to do with such practices, which are strictly prohibited in our internal regulations," said the SNH director-general, in a May 30 statement. Adolphe Moudiki (pictured) stressed that SNH has also requested that American and English authorities provide the evidence that proves the "allegations" are true. He promises to inform public opinion "in due course" of the outcome of the SNH request.

Before U.S. courts, Glencore admitted that between 2007 and 2018, it and its subsidiaries paid approximately $79.6 million to intermediary companies to obtain undue benefits. The goal was to obtain and retain contracts with public and state-controlled entities in the West African countries of Nigeria, Cameroon, Côte d'Ivoire, and Equatorial Guinea. The multinational has admitted to concealing bribe payments by entering into false consulting agreements; paying inflated invoices and using intermediary companies to bribe foreign officials. In Cameroon, Glencore claims to have paid CFA7 billion in bribes to senior officials of SNH and Sonara to secure oil contracts.

These revelations led the Cameroonian lawyer Akere Muna, former president of the Cameroon Bar Association and former vice-president of Transparency International, to refer the matter to the president of the National Anti-Graft Commission (Conac). He wrote a letter on May 27 to denounce the admission of corrupt practices by Glencore Plc and the consequences for SNH and Sonara. Mr. Muna called on the anti-graft commission “to open a one of a kind investigation into this sordid affair that involves two of Cameroon's most important public enterprises.”

For his part, the opposition MP, Joshua Osih, sent a motion for a resolution to the president of the National Assembly on May 27 for the establishment of a parliamentary commission of inquiry into the matter. His colleague Jean Michel Nintcheu called for the opening of "in-depth investigations by the Chamber of Accounts and the ANIF (National Agency for Financial Investigation, ed).